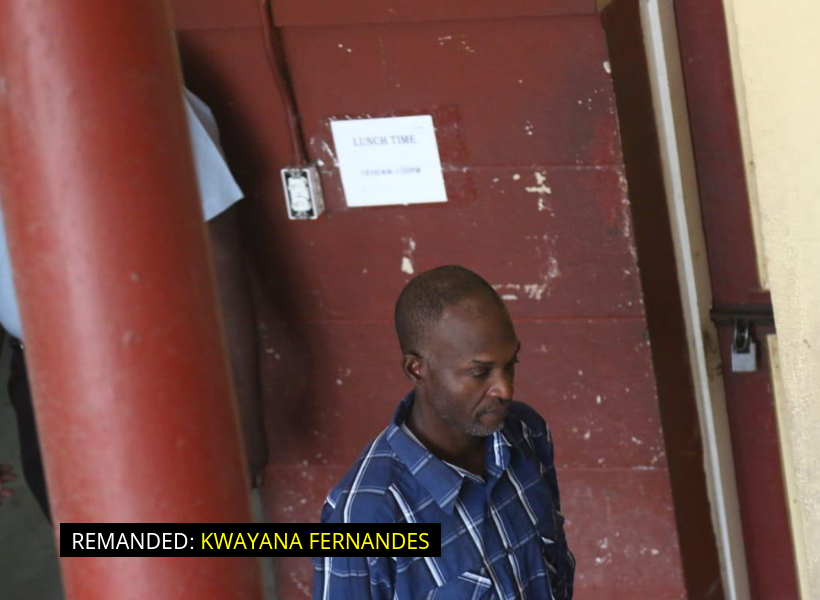 Following numerous delays in the commencement of the Preliminary Inquiry (PI) into the death of taxi driver, Owayne Lynch who was killed while plying his trade in Mocha Arcadia, East Bank Demerara, Attorney-at-law Glen Hanoman, who’s representing the murder accused is seeking to have a paper committal to determine whether adequate evidence exists for his client to stand trial in the Supreme Court.

48-year-old Kwayana Fernandes, a mason of 475 Cemetery Road, Mocha, was not required to plead to the indictable charge which stated that on August 6 last, at Mocha Arcadia, East Bank Demerara, he murdered Lynch.

The matter was then adjourned to January 8,2020.

According to information, Lynch was plying his trade in a black Toyota IST. At around 20:31 hrs, his taxi service’s dispatcher sent him to an area in Sophia to pick up a passenger who was reportedly heading for Mocha.

It was reported that at around 21:45 hrs, the taxi driver and the passenger got into an argument over the payment and the passenger pulled out an ice pick from his pocket and dealt him several stabs about his body.

Lynch was later seen lying motionless on Cemetery Road, Mocha. His body bore multiple wounds and an ice pick was found near the scene. He was picked up and rushed to the Georgetown Public Hospital Corporation (GPHC) where he was pronounced dead on arrival.