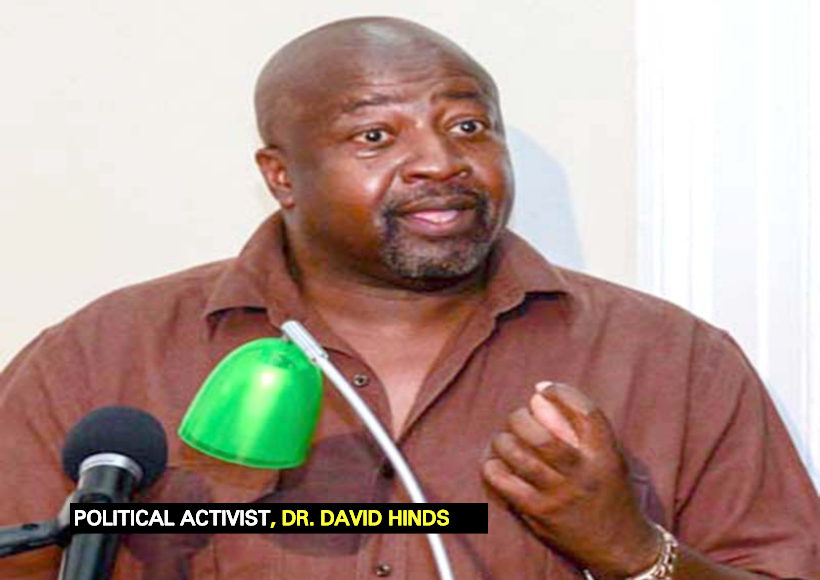 The APNU+AFC Government, along with the People’s Progressive Party (PPP), and a dozen other parties have made known, to varying degrees, their plans for the oil industry and the wealth it would bring. But what does not appear to be part of that same discourse is the plan of each political party to protect the oil money from falling victim to corruption. This was recently pointed out by Executive Member of the Working People’s Alliance (WPA), Dr. David Hinds.

During an interview with the Guyana Standard today, Dr. Hinds said that he could not imagine an election campaign that would not address critical issues like tackling corruption once and for all.

The political activist said, “Understandably, given the imminence of the oil and gas industry, a lot of focus is being put on its development. But the success of that industry as far as benefits for Guyanese is concerned, hinges partly on nation’s ability to contain corruption.”

Dr. Hinds added, “We have been reading in the media of experiences of corruption in oil-producing countries around the world…We cannot pretend that this is not a burning issue. So it seems to me, that corruption or anticorruption policies must be central to the campaign platform of all serious political parties.”

As for the coalition administration, the political analyst said that this issue is very much part and parcel of its preparations for the campaign.

He said, “If we are able to deal with the question of corruption we would obviously bring to bear more confidence among the wider population…But seriousness about tackling corruption must be a top issue for any party that takes office.”

Over the last two to three decades, the WPA Executive Member opined that corruption has been commonplace while noting that there is a relationship between the rapid rise of corruption and the accumulation of wealth among a select few in Guyana.

With the coming of more riches, Dr. Hinds opined that one must assume that corruption is inevitable. The columnist noted as well that it was the Granger administration that promised to confront this issue in 2015 and while it has done well, he proffered that more needs to be done.

Further to this, Dr. Hinds said that the government’s efforts to put a brake on official corruption need to be commended. Be that as it may, he stressed that the electorate should put pressure on the political parties to address this issue.

“The more money disappears into the pockets of the rich, powerful and well placed, the less that is left to be distributed among the poor as well as the many developmental projects that the parties are talking about,” the WPA Executive concluded.