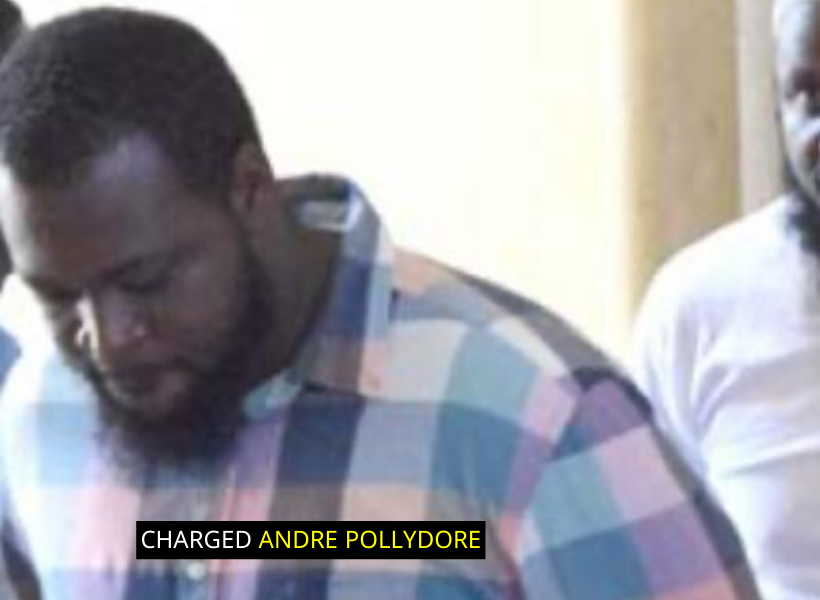 A former member of the Guyana Police Force (GPF) was moments ago granted bail on an illegal firearm charge.

This is after the prosecutors gave conflicting facts as to where the firearm was found.

Pollydore denied the charge which stated that on December 18, 2019 at Sheriff Street, Campbellville, Georgetown, he had in his possession one 9MM pistol without being the holder of a firearm license enforced at the time.

Pollydore was represented by Attorney-at-law Dexter Todd, who in a successful bail application told the court that the alleged firearm was found in a car which had four occupants.

Facts presented by the court prosecutor stated that on the day in question, ranks acting on information stopped motor vehicle PWW 57 which the defendant and others were in. A search was then carried out and the firearm was found in the front passenger seat.

Another prosecutor then stood before the Magistrate and told the court that when ranks stopped the vehicle, Pollydore handed over the gun to them.

After listening to both of the prosecutors, the Magistrate told the court that because of the lack of consistency in the statements provided by the police she will grant the defendant bail.

She then granted Pollydore $100,000 bail on condition that he report to the Kitty Police Station every Friday until the hearing and determination of the trial. The father of five was instructed to make his next court appearance on January 27, 2020.

In 2017, Pollydore and two others including ex-cop Teon Alleyne were charged after police found firearm and ammunition at a house in Campbellville.

The court heard that on January, 22 at 81 John Street Campbellville, Georgetown, the men had in their possession two weapons – one being an AK-47 rifle and one 9mm pistol – without being holders of firearm licence.

It is also alleged that on the same day, the men had in their possession 60 rounds of 7.62 by 39 ammunition and 20 rounds of 9mm ammunition while they were not owners of firearm licence.

They all denied the charges after they were read to them by the Magistrate.

It was reported that on the day in question, police ranks were conducting a search at the said location and after raiding the house, the articles were found and the defendants were arrested and charged.