Home News Police have to deal with illegal fare increases at 32 bus park... 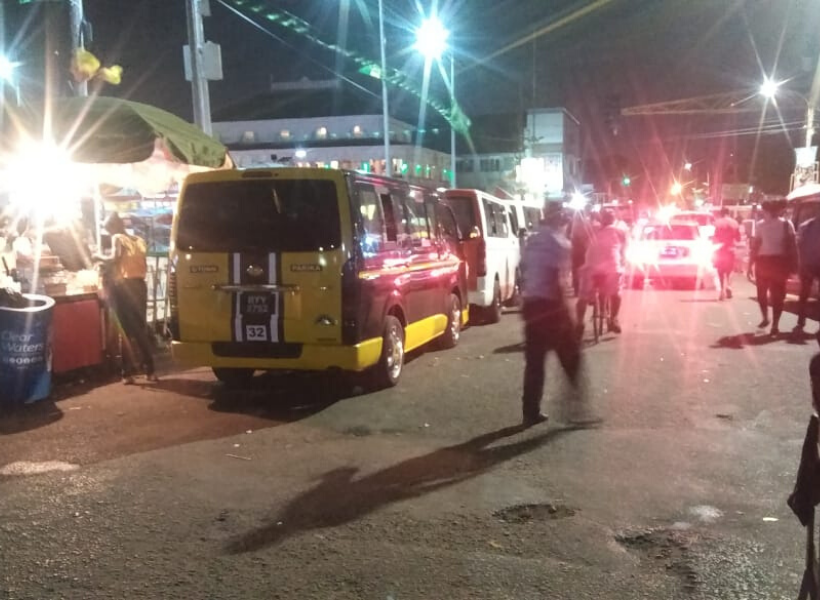 President of the United Minibus Union, Eon Andrews, says that while his organisation is aware of the illegal increase in fares being demanded by some route 32 (Georgetown/Parika) bus operators at nights, its hands are tied when it comes to enforcing the prescribed fare structure. This responsibility, the president said, falls within the remit of the Guyana Police Force (GPF).

Andrews’ clarification comes at a time when commuters are complaining bitterly about the unsanctioned move. In some cases, the fare is being inflated by 100%. This practice was adjudged to be illegal by Andrews in a recent interview.

When asked about the union’s ability to curb the situation, Andrews noted: “overcharging of person falls under the preview of the Guyana Police Force, it’s really obtaining credit by fraud.” He went on to state that a copy of the fare structure must be exhibited in all minibuses, and that it is enforced 24/7.

However, this structure is not being followed to a tee. In fact, the Guyana Standard took a trip one evening from the route 32 bus park at the Stabroek Market to the Vreed-en-Hoop junction, and before arriving at the intended destination, the minibus operator informed commuters that they must pay double the prescribed fare. While some acceded to this request, some protested.

Andrews appraised of this state of affairs, and said that it was wrong. He concluded that persons would often agree to the arrangement because they “just want to go home”.

“I think the Ministry of Business through the Consumer Affairs Department would get complaints from time to time and would take action. But what we found is that people just don’t want complain; they ain’t able with the headache. They pay the $200 and they go their way,” Andrews said.

This, however, does not make the arrangement legal, Andrews said.

The president said that persons should stand up for their rights and file complaints against the perpetrators. Such can be done at the nearest police station or at the Ministry of Business through its consumers affairs department.

Andrews bemoaned the situation, saying that it all leads back to the need for more enforcement.

“These things are not secret, you know. [When] it is printed people talk about these things. The police got to start locking up people. The police got to do their work. The union would call its members and through the national media and the training programme we push these things, but we don’t have that legal thing to act,” the union President said.

He noted too, that some bus operators would “concoct” scenarios where they remain in Parika for extended periods of time to frustrate commuters, thereby forcing them to “pay anything” to get the bus moving.