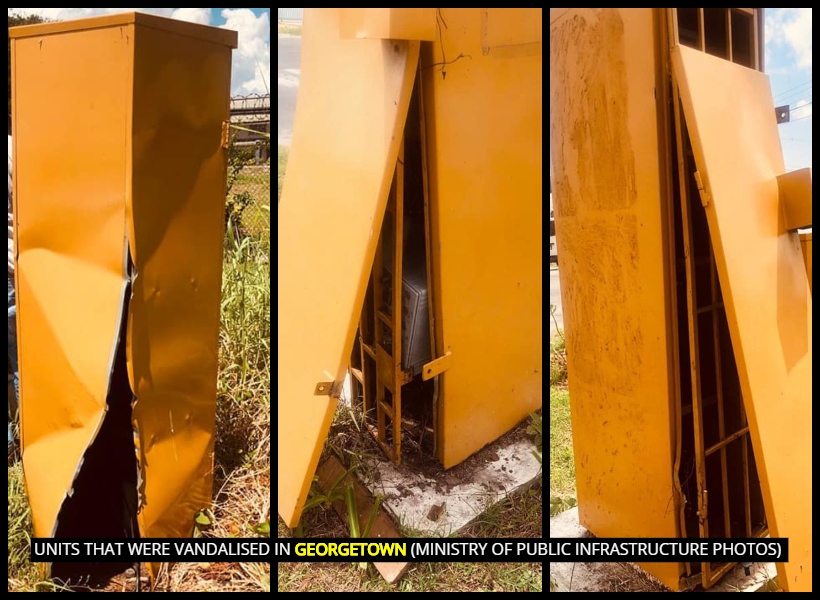 Public Infrastructure Minister, David Patterson said that he is open to suggestions from the public on how his ministry can be better geared to stop the pilfering and destruction of public properties.

His comment comes in the wake of several reports regarding the vandalism and stealing of traffic light batteries, and the destruction of several light poles around the country by the recent wave of vehicular accidents.

Patterson, during a recent press conference reported that the police came up empty-handed in trying to locate the traffic light batteries that were stolen some months ago. He registered his frustration by saying he was upset that “in this day and age” people would be so highly irresponsible. He noted that the persons purchasing these stolen items are equally, or even more culpable than those who sell them.

Patterson, at the time, could not say how much it would cost the country to source and replace these components. He, however, assured that the ministry will be putting out tenders soon to have them replaced.

He noted that the absence of the batteries affects the functionality of the streetlights. Given their reliance on solar energy, the batteries are used to store the excess power generated during the day to keep the lights functioning after sundown. Consequently, the lights have now been rendered useless at nights, as the system reverts to the default settings which can be noticed by the flashing of one or more lights.

Asked what is being done to stop this pilfering, Patterson said that his ministry has been working along with the Guyana Police Force (GPF), however, he is not satisfied with the low number of prosecutions. He observed that there needs to be a more concerted effort from the public, noting that the Public Securities ministry may have more pressing matters to address.

“The Ministry of Public Security has major issues to deal with, and I would probably think that the pursuit of persons knocking my light poles down, may not be of the highest priority with the other pressing matters that they have to address. So, we don’t have the degree of success of prosecution that I would be comfortable with, but it’s not like they’re not looking at it, but just that they might have other priorities,” he said.

The minister gave the assurance that his ministry will intensify its public education campaigns, and asked that the public play its role in protecting these structures. He said that persons can post pictures and reports of vandalism and thievery to the ministry’s Facebook page.

Turning his attention to the damage of public infrastructure during vehicular accidents, Patterson said that this issue causes him “personal anguish”. He highlighted the fact that no police report is made pertaining to these accidents that destroy public infrastructure, unless two vehicles are involved in an accident, or when fatal accidents and injuries occur. This, he said, creates headaches for the minister in locating those responsible. 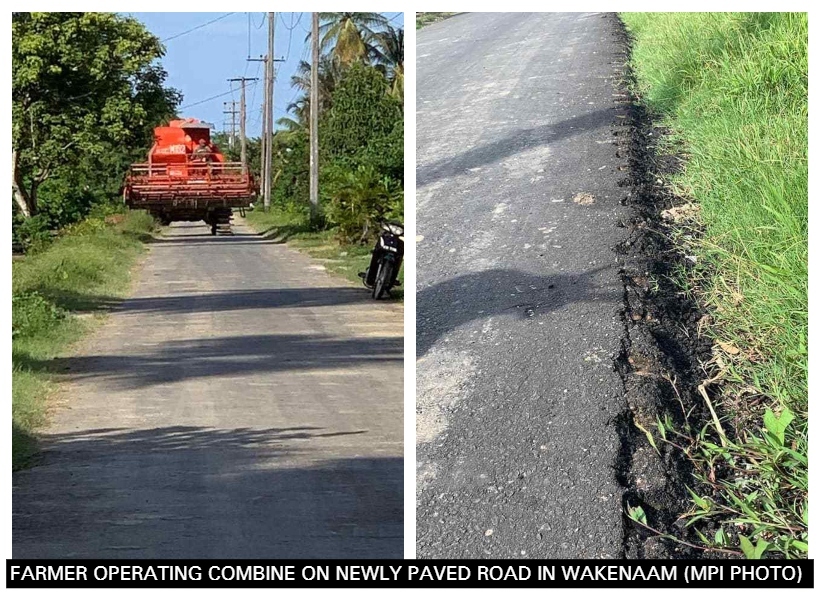 “So, Carifesta Avenue, you can come one morning and see four lamps are down and no police report because all they (drivers) do, is call the tow truck and it takes it up, and we don’t know who it is [that did the damage]. And there’s a phenomenon in the country where you get into an accident and the first thing they (drivers) do is take off the number plates. So, there is a constant battle at the ministry. So, I’m pleading with the public to help us,” Patterson said.

Asked if he would we willing to accept the suggestion that his ministry should establish a unit to specifically focus on these issues, Patterson said that with over 8,000 lights installed during the last two years, it would be an arduous task to conduct effective monitoring. Nevertheless, he said that he is open to suggestions that the public may have to stop these activities.