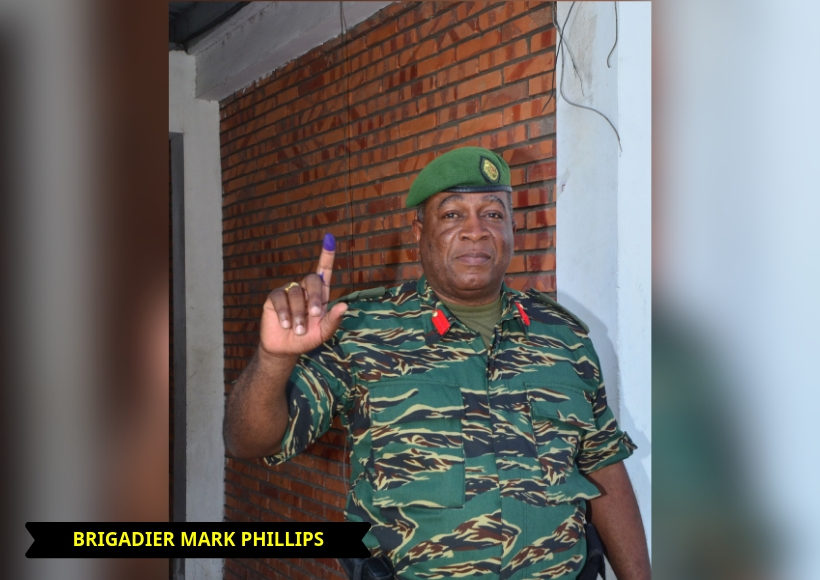 Prime Ministerial Candidate of the People’s Progressive Party/Civic (PPP/C), Mark Phillips is calling on party leaders to preach peace to their supporters as General and Regional Elections approach.

The brigadier, on a televised programme, said that politicians must take the lead when it comes to ensuring that the democratic process is free from conflict.

He noted too, that party leaders should refrain from using ambiguous language that can lead to negative interpretations.

“So, we cannot have a case where: political leaders are campaigning using coded language [or]coded messages to their supporters to commit violence. Our campaign must be clear; it must be on issues. We, the political leaders, must take the lead in not delivering to our supporters any coded languages [or] any subliminal messages to go out there and commit acts of violence,” the PM candidate said.

Phillips referenced the issue with the removal of flags, saying that even something that petty has the potential of spiraling out of control. He added that leaders must be quick to condemn any act that can lead to violence, or encroach on other people’s right to association by free will.

“We cannot have a situation where you wait 24 hours, or 48 or 96 hours afterwards to now condemn the act of your supporters. Let us speak on the platform to our supporters. It is about time that we have a peaceful election in Guyana. Let us talk about our manifestos,” he urged.

He said that leaders should campaign on issues that will help the electorate to make informed decisions. Phillips noted too, that Guyana has a chance to show the world that it can hold a conflict-free election. He said that the onus should not only fall on the shoulders of the disciplined forces, but all Guyanese must play a role.

“…The message must be: peaceful elections. It’s okay for us to remind the police force and the disciplined service that they ought to be professional, but of course, we must take the lead and we must help the police force, help the disciplined service in this whole process. It is time that Guyana show the rest of the world that we can conduct an election in a peaceful manner,” he said.