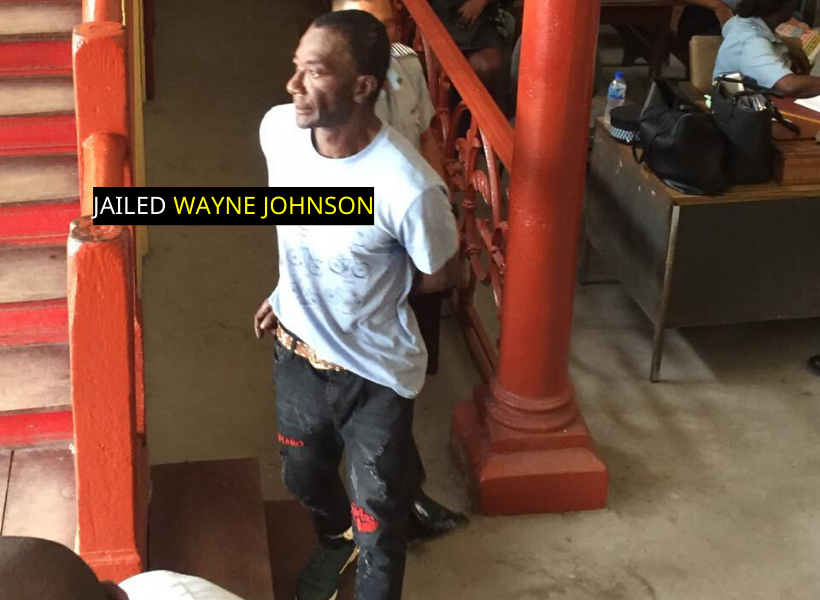 A man, who dealt his reputed wife a slap to her face after she got too close to his mouth, was today sentenced for the offence.
Fifty-year-old Wayne Johnson, a labourer of Waterloo Street, Georgetown, appeared before Principal Magistrate Faith McGusty in the Georgetown Magistrates’ Courts where he was slapped with two charges.

The first charge stated that on January 17, 2020 at North Road, Georgetown, he unlawfully and maliciously assaulted Carlann Smith.

It was further alleged that on the same day and at the same location, he made use of threatening language towards Smith.
Johnson pleaded guilty to the first charge and denied the latter charge.

Johnson, in his explanation to the court stated,” we had a discussion and she run up in my face. She mek she mouth come close close to mine so I bax her. I very much sorry.”
The woman who was present in court when asked by the Magistrate what transpired stated,” He hands get spring, this is not the first time nor the second time he hit me. I fed up I am totally fed up.”

The 53-year old woman added that she constantly forgives her husband after he would normally beg but at this point, she has had enough of the abuse.

She continued,” when he bax me, I ran by my friend and he came and cuss me out. I just run and go by the station and report the matter.”

The Magistrate listened to both sides and sentenced Johnson to five months behind bars. In relation to the charge he denied, he is expected to make his next court appearance February 5, 2020.