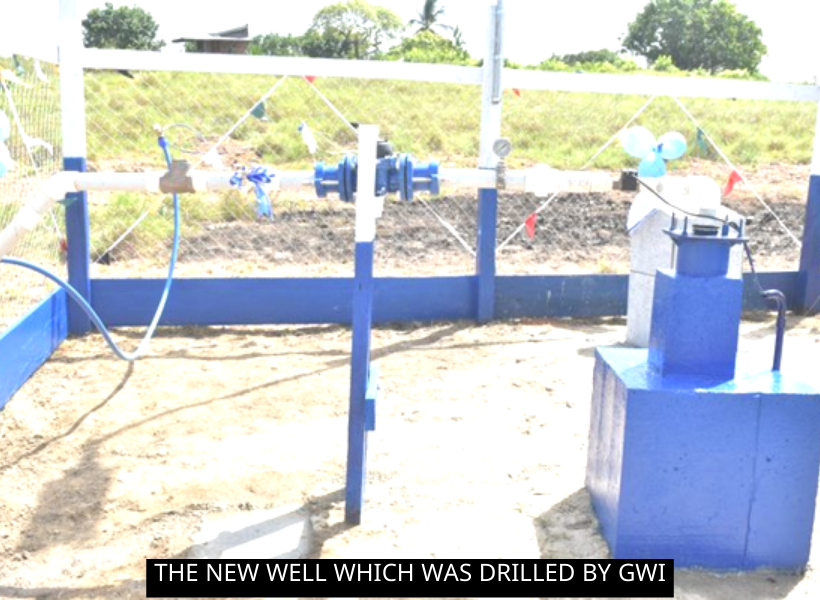 Access to potable water has become a reality for some 1,125 residents of the village of Aishalton in Region 9 (Upper Takutu/Upper Essequibo) with the completion of a new water supply system at a cost of more than GYD$25M.

In the village, located in the Deep South of the Rupununi Savannah, approximately 4 hours from the town of Lethem, the new water supply system was commissioned on Sunday, 2nd February, 2020 by Minister of Indigenous Peoples’ Affairs, Sydney Allicock who said that the good life cannot be achieved without good water.

He urged the residents to use the access to potable water as a foundation for their future, particularly for agricultural purposes, so that they may never be without food.

Minister Allicock also took the opportunity to assure the residents that the water system does not have a political brand, but belongs to the entire community. Therefore, he said the residents should use the system to unify the community.

He highlighted that the government is committed to doing its best to bring a good quality of life to all Guyanese, even as he urged the Aishalton residents to ensure that their water supply system is properly protected.

Meanwhile, Managing Director of GWI, Dr. Richard Van West-Charles revealed that Government, together with GWI in 2019 invested more than GYD$700M in the hinterland regions in the area of water supply.

The company, he noted, has taken heed to President David Granger’s mandate of addressing inequities between the hinterland and the coastland. Since assuming office in 2015, the present government has been able to provide more than 80,000 residents across Guyana with first time access to potable water.

Dr. Van West-Charles pointed out that all efforts are being made to ensure that water borne diseases are a thing of the past for hinterland residents.

He turned attention to the fact that there has been a paradigm shift in the way water is provided to residents of the hinterland. It is no longer being provided to only a section of a village where only the schools and health facilities may have access, but is now even being delivered directly to the homes of residents.

Further, he highlighted that GWI has also been examining infrastructure in Region 9 schools and there have been instances where non-functioning sanitary blocks were discovered. The company, in collaboration with the Ministry of Communities and the Regional Administration is moving to remedy the situation.

In Region 9, GWI is ensuring that each village has service men who are responsible for maintaining the water supply system and Aishalton has two such persons. The Board of Directors and Management of GWI in 2019 approved for these servicemen to now be on the payroll of the company rather than receiving a stipend. These servicemen, who will receive additional training in the maintenance of solar panels, will report to their respective Toshaos and Village Councils.

Toshao of Aishalton, Mr. Michael Thomas expressed gratitude to GWI for the execution of the project which has improved the lives of residents. On behalf of the residents across the sub-district, he also thanked the Government of Guyana and the Brazilian army for the wells drilled.

Other residents also expressed gratitude to GWI for the new water supply system. (Article and photo extracted and modified from the Department of Public Information)