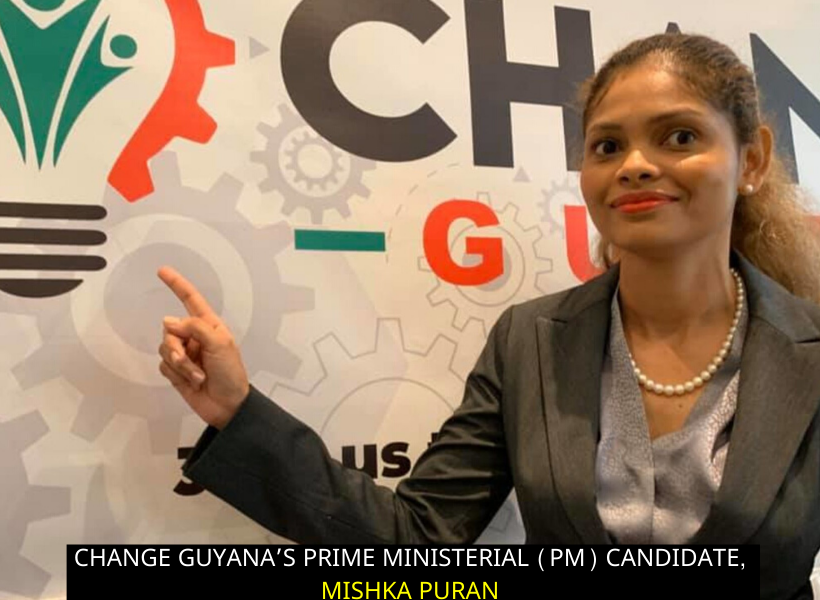 For the local healthcare system to flourish, it is imperative that it be restructured, says Change Guyana’s Prime Ministerial (PM) Candidate, Mishka Puran. The attorney-at-law is of the opinion that such a reformation will not only provide a better level of service to the citizenry, but will also help to hold those accountable for instances of malpractice.

Should the party have any stake in the new government following the March 2 Regional and General Elections, it will advocate for harsher penalties for those found to be negligent in administering medical services.

“A tougher stance will be taken on medical malpractice…So often you read deaths in the hospitals that are unaccounted for [and] nothing is done about it. We will change that…When was the last time that you saw a doctor struck off for malpractice? Probably never. This is not a free-for-all country, and even if it has been so in the past, we cannot accept that as our future,” she told media operatives at a press conference at the Pegasus Hotel this morning.

Puran noted that that citeable cases that warrant investigation will be attended to by an impartial body.

“That is our promise to you. Once strong measures are put in place, you will see how our healthcare system will exponentially flourish,” she said.
The PM candidate said that the “flying out” of high-ranking government officials to seek medical attention overseas points to the “failing” local healthcare system, and the lack of confidence they have in a system they, themselves, preside over, Puran surmised.

“Why must we fly out for treatment for complicated or even quasi-complicated issues? What are we saying to our tourists and our investors? Don’t get sick here! It is time for us to have our own well-structured healthcare system: proper medical facilities are a simple need and as a nation, we must be able to provide that to our citizens,” she emphasised.

Puran said, too, that the party will strongly advocate for the provision of “attractive” salary packages and more training for medical personnel. She argued that the financial resources to do so have always been available, but blames the “misappropriation and mismanagement” as the adverse elements to such developments.

Puran was designated the party’s PM candidate after her predecessor, Nigel Hinds opted to step down due to his dual-citizenship status and its link to him accessing medical treatment in the United States. The party will be contesting the elections for the first time come March 2.