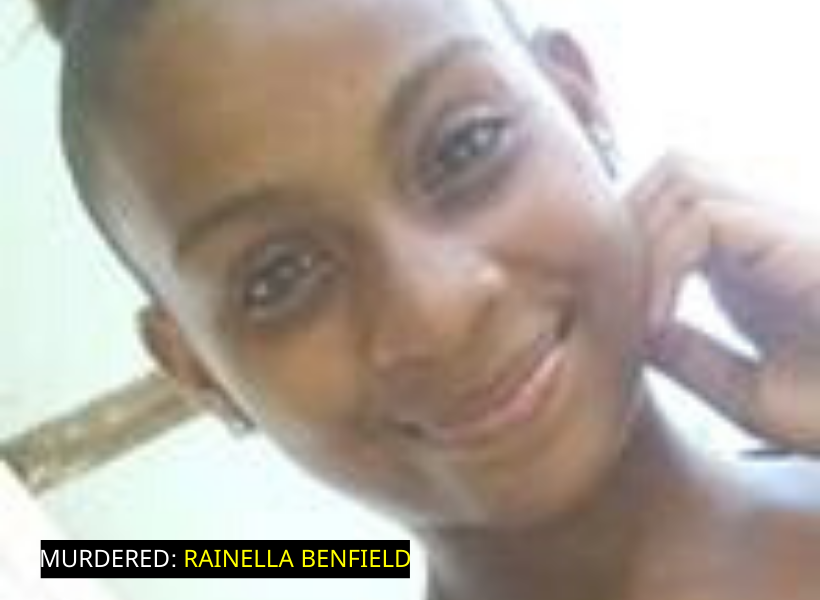 An inquest has begun into the death of 18-year-old Rainella Benfield whose battered body was found in a cemetery at Triumph, East Coast Demarara on December 11,2017.
The teenager who was employed at Qualfon, was apparently killed by someone who repeatedly struck her in the face with a rock. The bloodstained ‘weapon’ was left near the corpse.

Today, family and friends of the dead teen were summoned to the Sparendaam Magistrate’s Court where four persons gave evidence into the inquest of the teen’s death.

The matter was heard by Magistrate Alicia George.
More persons are expected to testify when the mayhem comes up again on March 12.

A male friend of Rainella’s had said that she had planned to spend the night out with a group of friends at Mahaicony. But the receptionist cancelled at the last moment, since she had to work late the following day.

On December 11, 2017 she was found dead in the Triumph cemetery.

It is suspected that she was slain the previous Saturday, since persons in the area reportedly heard someone screaming in the vicinity of the cemetery.