Home News Infrastructure New Parika Stelling will have a lifespan of 100 years – Consulting... 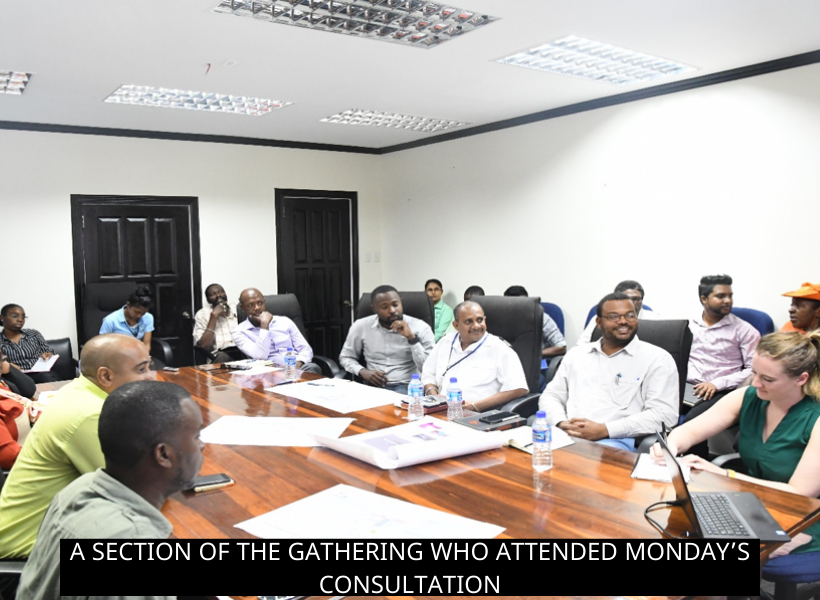 The Ministry of Public Infrastructure, through its Central Transport and Planning Unit (CTPU), on Monday held another one of its Public Consultations on the planned upgrade of the Parika Stelling, where it was revealed that the design of the new Ferry Stelling will have a lifespan of 100 years.

This was revealed by Adrian Douglas, who is a Consultant attached to the United Kingdom (UK) Consulting firm, Mott MacDonald.

Douglas said that during the session, the structure of the new Stelling will be built of reinforced concrete, while the design will consider the effects of climate change, especially sea level rise in the future.

Meanwhile, his colleague Steph Wood, discussed traffic congestion in the area which is usually resulted from vending and vehicular drop offs and how the project is being designed to mitigate these adverse factors.

Wood further posited that the objective of the project is to create a technically and economically feasible structure which will be socially inclusive with adequate provisions for persons with disabilities. It should also play a vital role in improving health and safety of workers and users of the Stelling, as well as the quality of travel for passengers.

The UK team has been working on the project for the past four months gathering data on the weather patterns, floods and even nearby lands to understand the key issues involved with the upgrade of the Parika Stelling.

The Public Consultation sessions are geared towards educating the general public as well as other government agencies on the various aspects of the project, as well as to receive feedback that can be incorporated into the design phase of the project.

Present at today’s meeting, hosted at the Ministry of Public Infrastructure’s Wight’s Lane, Georgetown office were representatives from the Environmental Protection Agency, Ministry of Social Protection, Transport and Harbours Department, the Guyana Police Force Traffic Department, National Drainage and Irrigation Authority, United Minibus Union and the Ministry of Communities, among others.

SRKN Engineering, a local Consulting firm, is partnering with Mott McDonald on this project and its representative, Gregory Williams.

The Consultants have revealed that lights will be installed throughout the passageway to cater for passenger movement at nights. A suggestion was made by a representative for a system to be out in place for carts to help transport goods for passengers to the Stelling, which will also avoid passenger drop offs and illegal loading of hire cars and minibuses on the Stelling.

Chief Transport Planning Officer, Patrick Thompson reminded the gathering that the project is intended to transform not only the Stelling but the entire Parika, as he alluded to the importance of stakeholder participation in these events.

The first Public Consultation on the planned Parika Stelling upgrade was held on January 21. A few other consultations are planned for Parika and other parts of Region Three. These sessions continued today.

It included representatives from MOPI’s Technical Department and Steering Committee as well as the National Industrial and Commercial Investments Ltd (NICIL) and the Department of Energy, among others.(Ministry release)