Home Court “Nick-Knock”, charged with murder of “Overdose” after catching him in bed with... 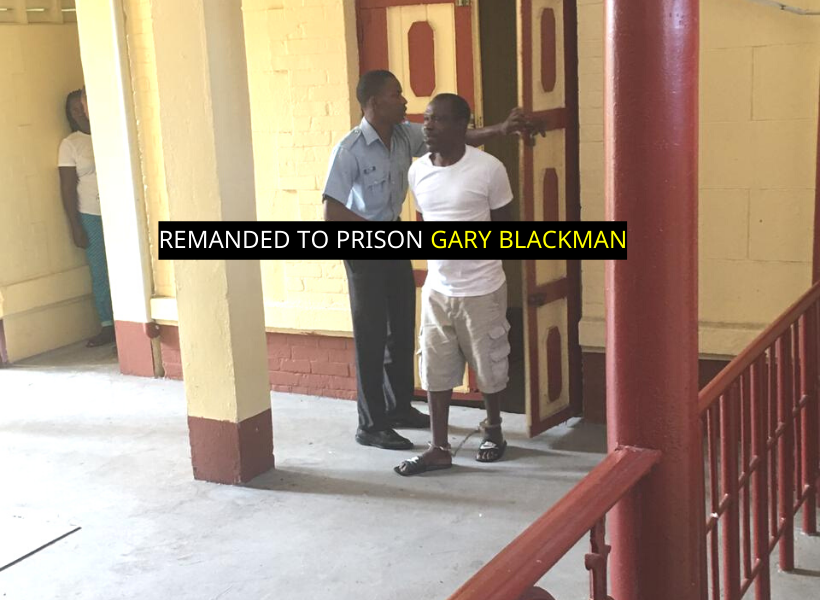 A man who was on the run for one year after allegedly stabbing a man several times after he caught him in bed with his spouse, was today charged with murder.

Blackman was not required to plead to the indictable charge which stated that on December 21,2018 at Hadfield and Breda Streets, Georgetown, he murdered Darren Edwards called “Overdose”.

Blackman was remanded to prison until February 20,2020.

Police Prosecutor Matthews told the court that the men were known to each other.

The court heard that on the day in question, at around 23:30 hrs, Edwards was at the home of the defendant’s spouse when he arrived at the location to visit her.

It was reported that Blackman found his spouse and Edwards in bed in a compromising position and an argument ensued.

The court heard, Blackman then pulled out an ice-pick from his pocket and dealt Edwards several stabs about his body.

Edwards, in an attempt to escape ran onto Breda Street while the defendant gave chase and dealt him more stabs about his body.

The injured man fell to the ground and Blackman made good his escape. The victim was then picked up in an unconscious state and taken to the Georgetown Public Hospital Corporation (GPHC) where he was pronounced dead on arrival.

The Prosecutor told the court that after the incident, Blackman went into hiding and it was only on February 10,2020 that he was arrested and taken to the Ruimveldt Police Station.