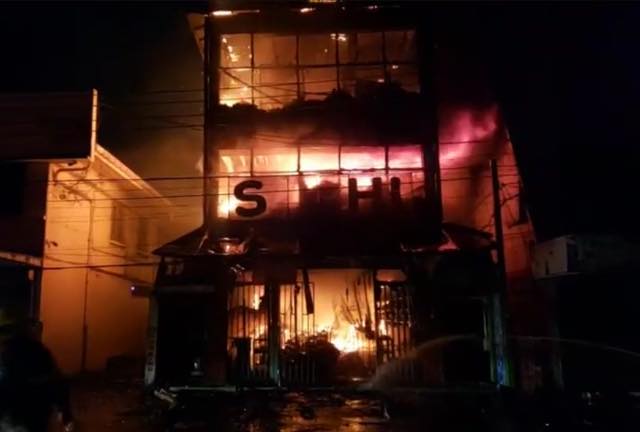 The building—which once housed the SACHI General and Variety Store on Regent Street, Georgetown, was completely destroyed by a fire that is believed to be electrical in nature.

The fire started sometime around 03:00 hrs this morning and took fire fighters more than two hours to put out. Only the steel structure of the three-storey building remained in the end.

Fire fighters managed to save nearby buildings. Reports are that the blaze erupted just after persons reported hearing a loud explosion from inside of the building.

Guyana Standard has been informed that the building was rented out to Chinese nationals and there were a number of businesses being operated out of that location.

Nothing was saved from the building. More details will follow shortly.