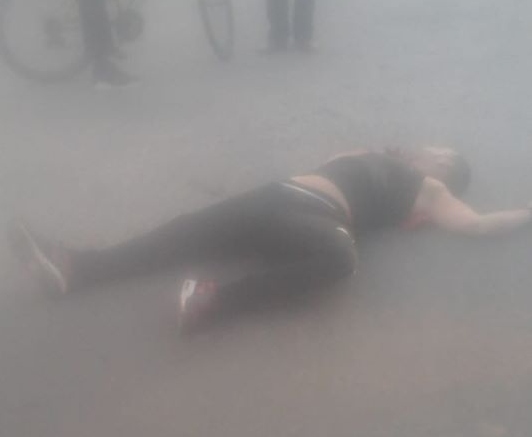 A 34-year-old Cuban National was murdered early this morning by two men on a motorcycle while on his way to work at the Rosignol Butchery on Church Street, Georgetown.

The incident happened around 06:44 hrs on Cummings Street between Middle and Quamina Streets, Georgetown.

The deceased has been identified as Otredis Duarte Gonzales, a butcher of Lot 321 East Street, Georgetown.

According to information received, the victim was walking to work this morning on the western parapet, heading south on Cummings Street, he was confronted by two men on a red and white XR motorcycle.

The police said that the pillion rider came off the motorcycle and there was a confrontation between him and the victim during which he (pillion rider) discharged three rounds, which struck Gonzales to the right wrist, upper chest and under the chin.
The men escaped from the scene. The victim was pronounced dead at the Georgetown Public Hospital Corporation.

While the butcher’s death is suspected to be a robbery attempt, investigators have not been able to confirm this as yet. No one could confirm if anything was taken from the victim.
Investigation is ongoing.