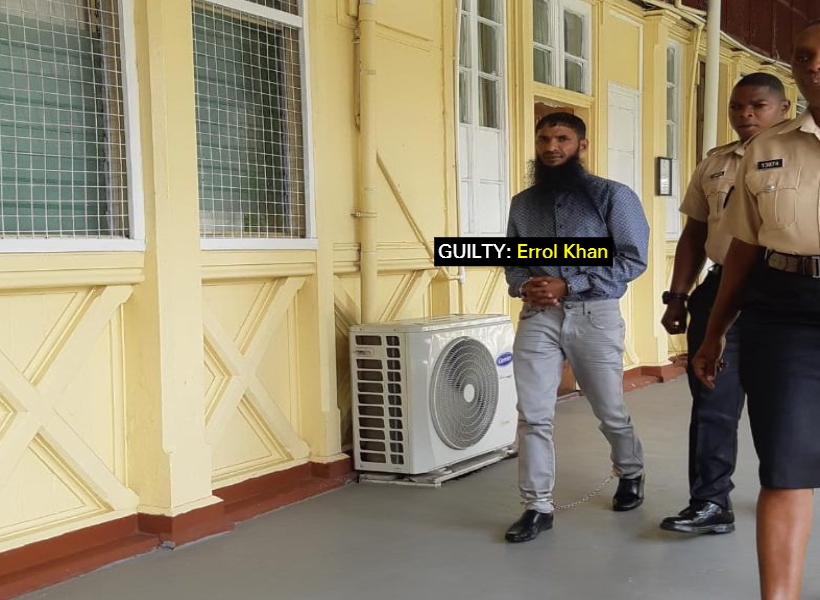 Errol Khan, the man who had been on trial for the hacking death of Haslington, East Coast Demerara fisherman, Chetram Bharrat, was moments ago found guilty of the offence following deliberations by a 12 person jury. The 44-year-old man was also found guilty of feloniously wounding Bharrat’s reputed wife, Lomattie Ramdat, and stealing $370,000 from the man’s home. The offences were committed on March 02, 2014 at Haslington.

It was previously reported that Ramdat was involved in an affair with Khan. However, for some reason or another, things went bad between them. On the day in question, Khan stormed the woman’s home and began chopping at her spouse; when she intervened, she too was dealt several chops about her body.

Trial Judge Brassington Reynolds has deferred sentencing for Khan until Friday, March 13, 2020. In the meantime, the convicted killer remains on remand. Khan was represented by lawyer Ravindra Mohabir, while the case for the prosecution was presented by State Counsel Abigail Gibbs. This trial was heard at the High Court in Demerara.