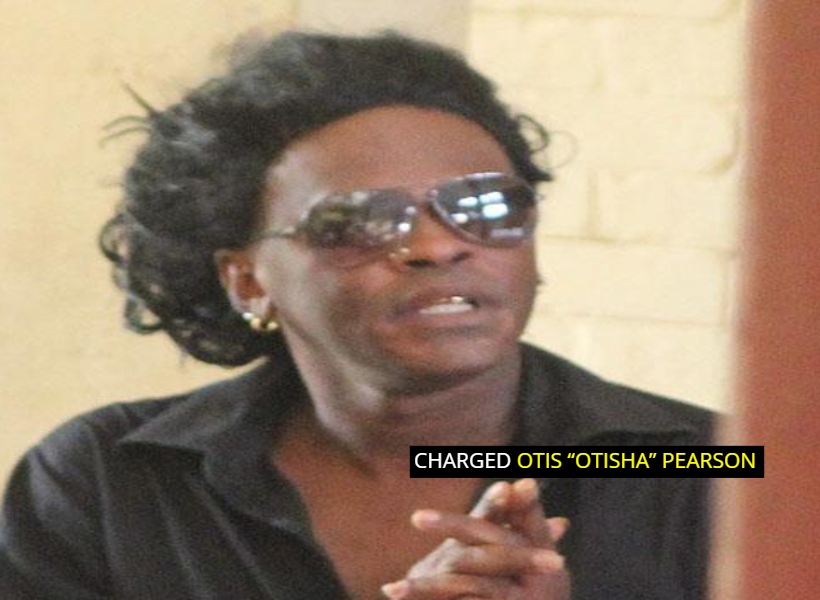 Guyana’s most popular cross dresser, Otis “Otisha” Pearson who was in 2018 committed to stand trial for the rape of a 14-year-old boy, was today charged with robbery.

He pleaded not guilty to the charge which stated that on November 10,2019 at Sandy Bobb Street, Kitty,Georgetown, he robbed Dane Peters of $100,000, and at the time used personal violence against him.

While the court prosecutor did not object to bail being granted to the defendant, he asked that conditions be attached. The Magistrate, after listening to the prosecutor, granted Pearson $70,000 bail.

Condition of the bail is that he report to the Kitty Police Station every Friday until the hearing and determination of the trial. He was instructed to make his next court appearance on March 16.
In 2018, Pearson was committed to stand High Court trial for the rape of a 14-year-old boy.

This was following the Preliminary Inquiry (PI) into the offence which was conducted by Senior Magistrate Fabayo Azore in the Georgetown Magistrates’ Courts.

The Magistrate, after reviewing the evidence in its entirety, ruled that sufficient evidence was made out against the rape accused.
Consequently, the Magistrate committed Pearson to stand trial for the offense at the next practicable sitting of the Demerara Assizes.

In an television interview, Pearson had disclosed that he has “ a young boy for every day of the week.”

Pearson was not required to plead to the allegation which stated that on December 24, last, at Station Street, Kitty, Georgetown, he caused a 14-year-old boy to perform a sexual act; that is to say, penetrate his anus.

Pearson remains out on $300,000 bail until the hearing and determination of the trial in the High Court.

In 2018 Police, along with the Child Care and Protection Agency (CC&PA), had launched an investigation after a photograph appeared on social media with Pearson in the company of a young boy.

It was reported that Pearson would normally entice and pay young boys to engage in sexual activities. These allegations triggered CC&PA to compile a file into the alleged misconduct by Pearson.

That file was sent to the Director of Public Prosecution (DPP)who advised that Pearson be charged.