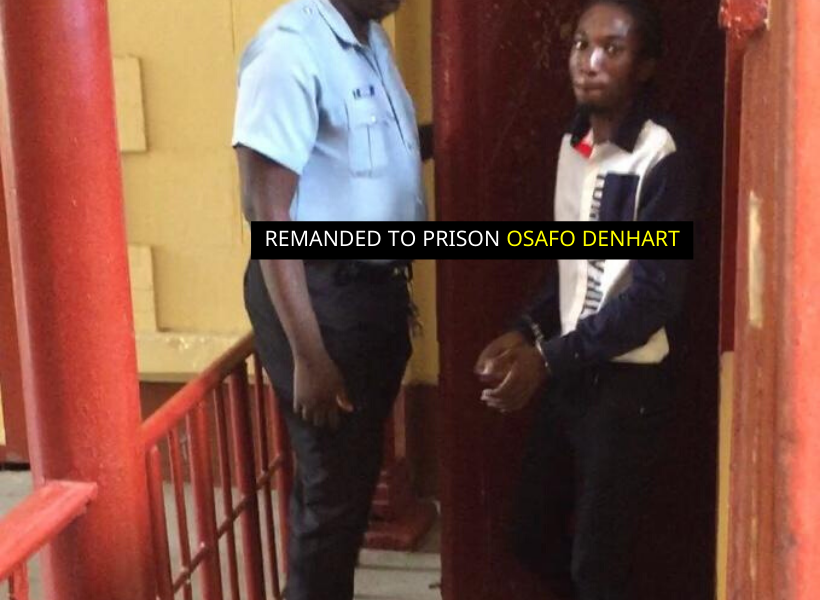 A repeat offender who served 24 months for a robbery under arms charge, was today back before a City Magistrate after being slapped with three armed robbery charges.

The first charge stated that on March 21,2020 at Jamoon Drive, Meadow Brook, Georgetown, while being in the company of others and armed with a gun, he robbed Lawrence McKay of a 25 pennyweight gold chain valued $400,000, one ring valued $150,000 and one diamond bracelet valued $375,000.

It was further alleged that on the same day and location, while being armed with a gun, he robbed Sherwin LaFleur of a phone valued $26,000.

The last charge stated that on the same day and location, while being armed with a gun, he robbed Ulric Edwards of a phone valued $26,000.

The unrepresented man was not required to plead to the indictable charge after it was read to him by the Magistrate.

The court prosecutor objected to bail being granted to Denhart citing that a firearm was used and three persons were robbed.

The Prosecutor further highlighted the fact that Denhart was convicted for a similar offence in 2014 and spent 24 months behind bars.

Denhart was remanded to prison until April 22.