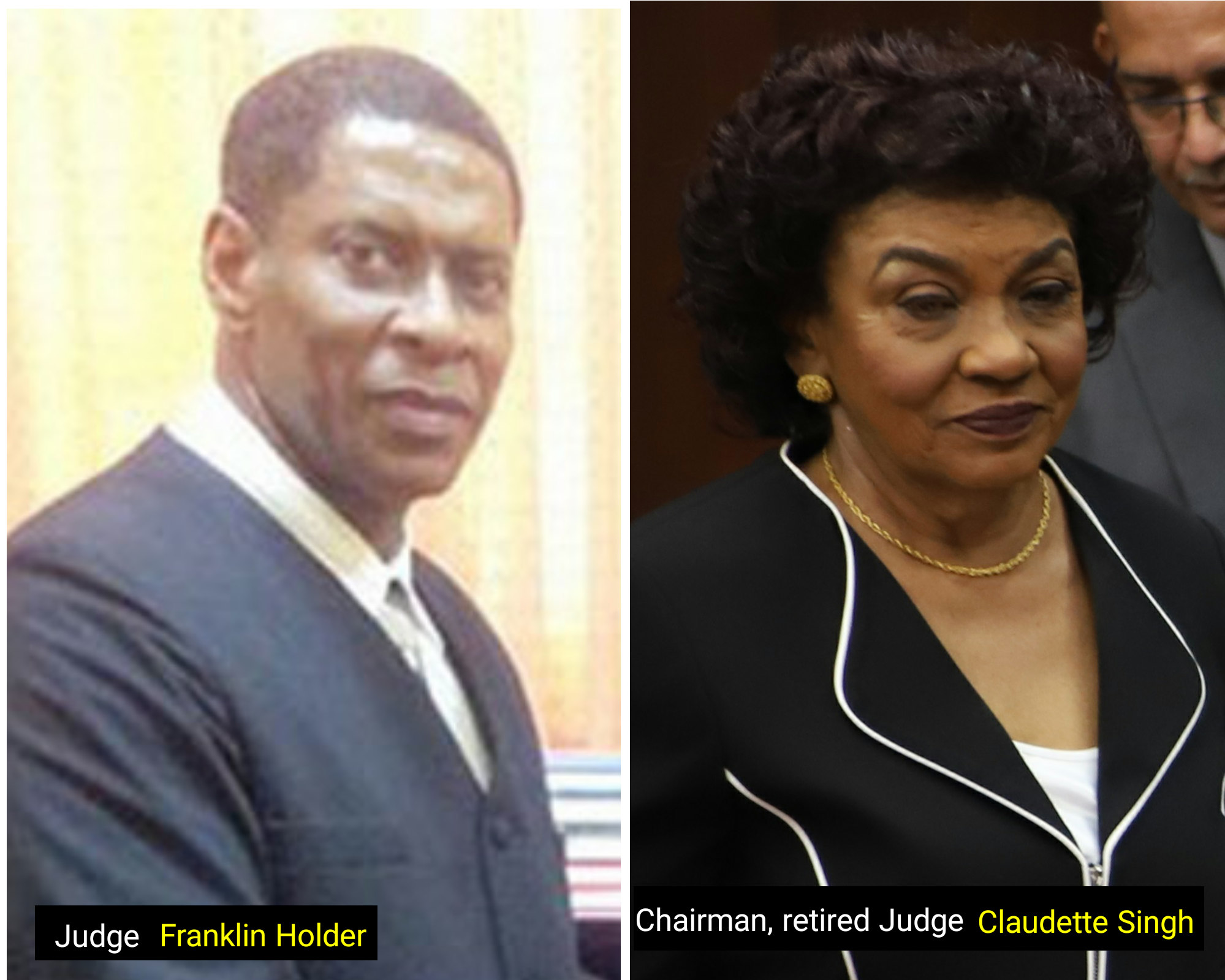 The actions of the Guyana Elections Commission (GECOM), Chairman, retired Judge Claudette Singh, and its Chief Elections Officer (CEO), Keith Lowenfield are now subject to judicial review, as High Court Judge Franklin Holder has ruled he has the authority to entertain such an inquiry.

Justice Holder delivered the highly anticipated ruling this morning in the case of private citizen Ulita Moore, who is also a candidate of the A Partnership for National Unity +Alliance for Change (APNU+AFC) versus GECOM. With Justice Holder ruling he has jurisdiction to hear the case, he will now commence a trial, before making a final order in the case.

Moore, in her case, is asking the court to find that a decision by GECOM to have a high level team from the Caribbean Community (CARICOM) supervise a national recount of all the votes in the March General and Regional Elections is in contravention of the Constitution of Guyana and the Representation of the People Act.

Further, Moore has also asked the court to prohibit GECOM from conducting what she says is an unlawful recount of the votes, and to have the already declared results for the 10 electoral districts be made final.

The issue of the court’s jurisdiction to hear the case was raised on Tuesday by lawyers, Trinidad-based Senior Counsel Douglas Mendes and Anil Nandlall who are representing Leader of the Opposition, Bharrat Jagdeo, an added Respondent in Moore’s matter.

As it is, Moore has secured an interim injunction restraining GECOM from authorizing anyone to enter an agreement between CARICOM, incumbent President David Granger and Jagdeo for a recount of all the ballots cast in the elections

The injunction came at a time when GECOM said it is examining the legal ramifications of an agreement between the incumbent President and Jagdeo for CARICOM to oversee the recount of all ballots for the 10 electoral districts.

At the time of the granting of the injunction, GECOM had already been in receipt of a copy of the Aide Memoire that was signed by Granger and Jagdeo and witnessed by CARICOM’s Secretary General to facilitate the recount.