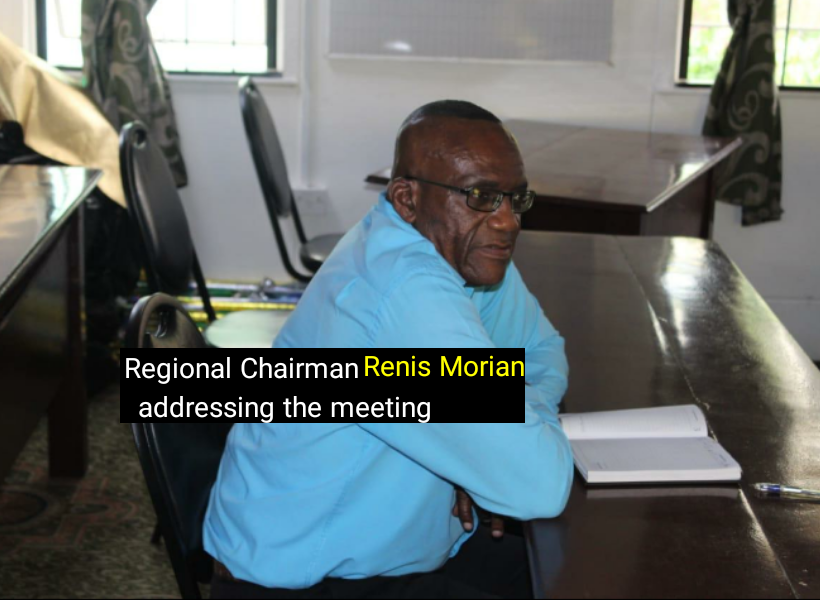 As the Region Ten Regional Emergency Health Committee continues to aggressively address the spread of COVID-19, a new initiative is being explored by the Chairman of the Regional Democratic Council ( RDC), Renis Morian.

Morian and a team have ventured into preparing several food hampers which will be distributed to several affected families should the situation worsen.

He said that the hampers are being packaged and will be distributed if the situation becomes a national emergency.

“We have several hampers that we are mobilizing and as you know Region Ten is a very large region. So we are accumulating and packing now as if this situation gets really worse there isn’t much that can be done then but rather to distribute,” the Regional Chairman said.

Morian said that they have recognized that several families and individuals are experiencing difficulties because several businesses have closed, and several measures have been implemented to keep people at home.

This, he said, will see several persons being unable to earn to take care of themselves and families and as such, there must be measures in place to assist.

“The Civil Defence Commission will be playing its part and we at the RDC level will also be playing our part. That is why we have been mobilizing support in whatever way that we can to assist those desperately in need. We cannot provide the level of support and assistance that persons may expect because as you know my office along with several others are not receiving any monies at the moment. But we are mustering up from our personal monies aided by several business individuals …we are of the firm view that we can help,” Morian added.

Morian said that his team welcomes any form of contributions, stressing that he hopes other regions and communities will emulate the efforts being taken thus far by Region Ten.

He said that the general culture is that the country waits on government to do most of what is needed to be done. But, in this case, he pointed out that government will be unable to do everything.

“We are cognizant that government cannot do everything, so we have decided that we will come together and initiate this so that we can get to the families and individuals that desperately need help. There are some families that are in urgent need of help and as the Regional Chairman,  I will play my part until a new Regional Chairman is sworn in,” Morian promised

He added that thus far they have been creating a database, which is geared at documenting those in need.

He said that as the country joins with the world in fighting the spread of COVID-19, his region is putting systems in place

“We are now compiling our database with what we already have so that when we are ready to distribute, we know who and where to distribute.  This will limit our volunteers in meeting persons and we are using this situation to further bond as a community since now is the time for all communities to come much closer together.”

This, he stressed is critically important in ensuring the complete success of the initiative. He promised to have the project executed irrespective of the amount of contributions and or donations that would be received.

“In times like these, we must be our neighbours’  keepers and that is what we will be doing as I can assure you  that while some persons are comfortably sitting at home there are those who do not know where their next meal is coming from. We must remember those as we can all coexist if we learn to share and remember those in need,” he pleaded.

He added, “We are seeking support and also to the initiatives that have been implemented by the Minister of Public Health. So that is why we are going to ensure that even in our distribution we set out guidelines.”