Home News Crime Suspects in murder of Timehri father on the run, wanted bulletin to... 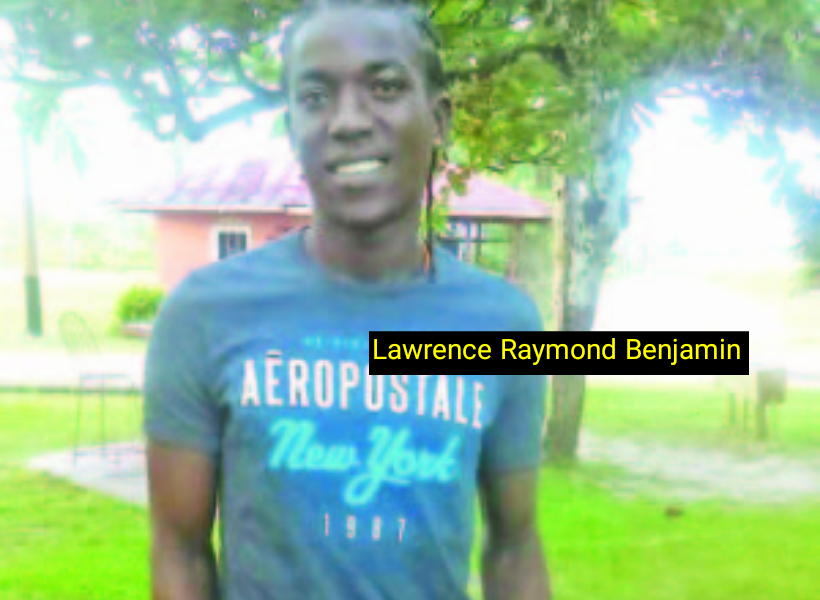 The two men who brutally attacked and murdered a young father of one on Sunday morning in close proximity to the Cheddi Jagan International Airport, have been identified by the police.

Guyana Standard has been informed that ranks at the Timehri Police Station are making every attempt to locate the suspected killers.

Lawrence Raymond Benjamin, 24, was stabbed three times—once to the neck and twice to the chest during an argument with the suspects around 09:45hrs on Sunday. It is unclear what led to the argument.

This morning, a source from the Guyana Police Force (GPF)’s Public Relations Department said that the suspects were identified to the police by an eyewitness. The men are now on the run.

According to information received, efforts are now being made to issue a wanted bulletin.

Althea McPherson, a sister of the deceased is calling on the police to make every attempt to arrest her brother’s killers as soon as possible.

The woman said that she was at a friend’s house when she received the dreadful news. By the time she got to where her brother had been attacked, he was already dead. The woman said she was told that the deceased was stabbed during a confrontation.

No further information was provided. The probe is still ongoing.