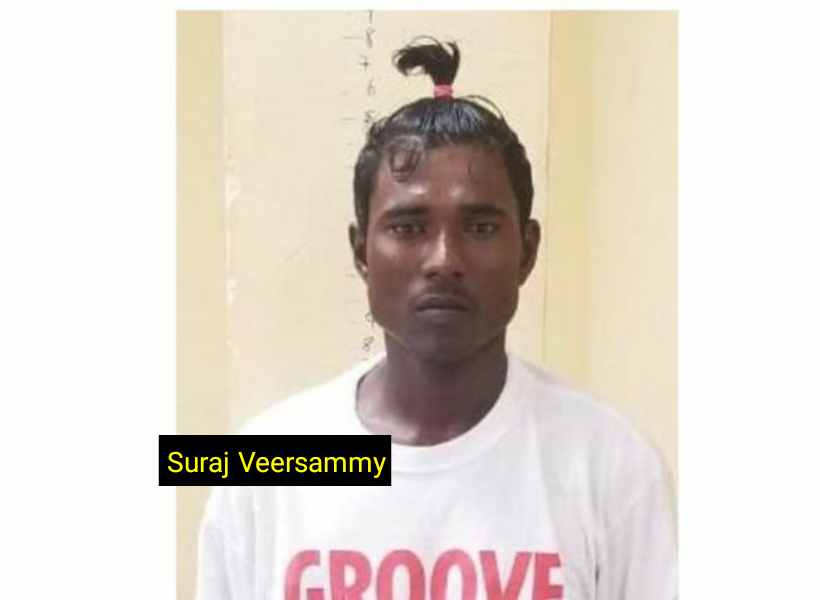 Days after a man was arrested for the gruesome killing of his reputed wife whose battered and decomposed body was found stuffed in a barrel, he was yesterday charged for the crime.

He was not required to plead to the indictable charge which stated that between April 8, 2020 and April 11, 2020 at Hampshire Village, Corentyne, Berbice, he murdered Devika Bikram Narainedat called ‘Vanessa’.

He will make his next court appearance on June 9,2020 at the Albion Magistrate’s Court for report.

Last Saturday, an unbearable stench led a neighbour to the woman’s body packed in a barrel which was dumped in a nearby trench.

Police ranks were forced to cut open the barrel to remove the woman’s badly decomposed corpse which was swollen. Several marks of violence were discovered on her remains.

Following the discovery, Veersammy, who was only released from prison last year, was found hiding under the Canje Bridge in Berbice.

He has since confessed to killing the woman, a Venezuelan National, whom he had been dating for only five months.

Reports are that Veersammy told detectives he struck his lover to the head then strangled her. He further told them that he tied her to a beam in their home and then left.

When he returned, he reportedly told them he stuffed her lifeless body in a barrel which he later dumped in a nearby trench.

As for Veersammy’s mother, Sattie, she told Guyana Standard that her son should spend the rest of his life in jail for what he did.

The woman described her son as a drug addict, who steals to maintain his addiction.