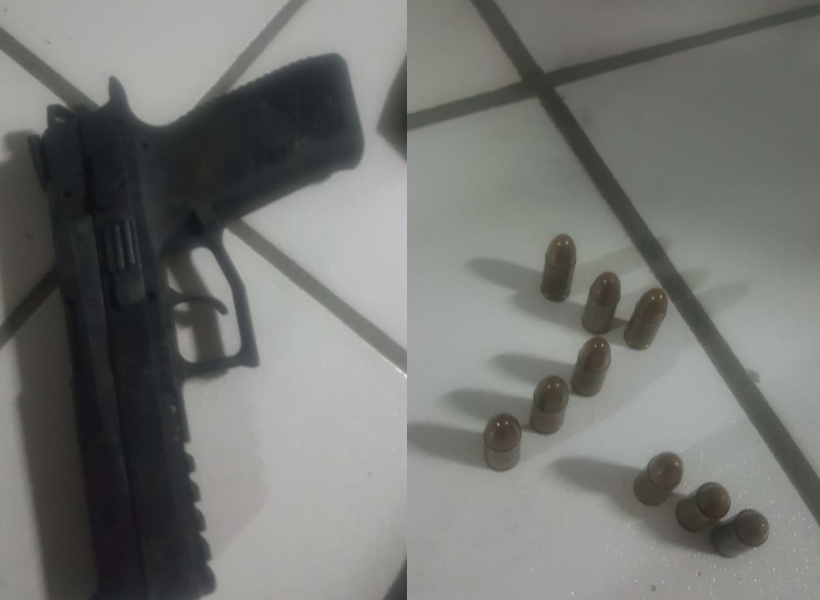 Two brothers who reside at Guyhoc Park, Georgetown, are currently in police custody after being caught with an unlicensed firearm.
According to a police release, ranks from the Guyana Police Force (GPF) acting on intelligence gathered, went to Guyhoc Park, Georgetown, where they conducted a search and found an unlicensed pistol with nine live rounds. It was also reported that a motorcycle which is suspected to have been stolen or unlawfully obtained was recovered from the home. One of the suspects, upon seeing the ranks, attempted to escape and received minor injuries during the process of being subdued.