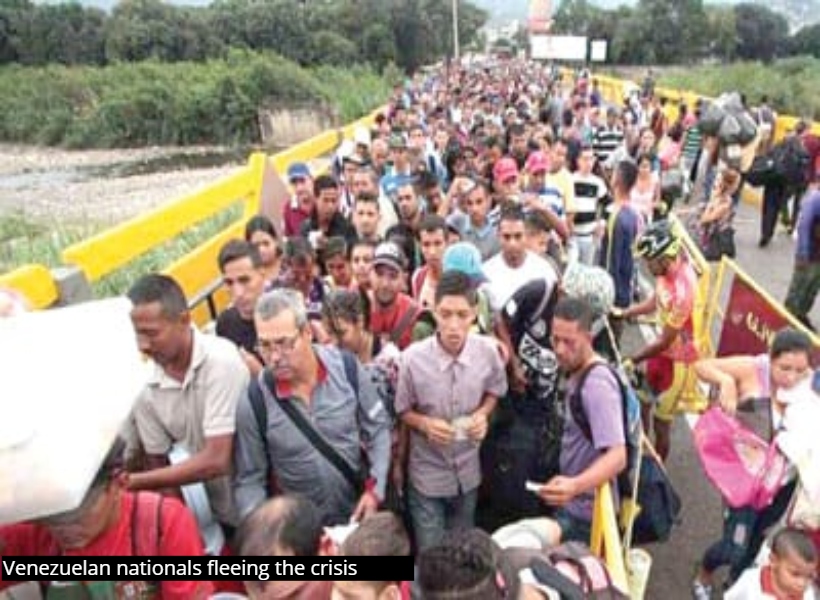 The United Nations High Commissioner for Refugees (UNHCR), along with the International Organization of Migration (IOM) have been doing their part to assist Guyana as it grapples to cope with the effects of COVID-19, by distributing food, hygiene products and other supplies to more than 4,000 migrants and refugees who came here from Venezuela.

During a recent briefing, Stephane Dujarric, spokesman for Secretary- General of the UN, said that further to the above there is a UN team in Guyana supporting authorities in the areas of health, economic recovery, human rights, and logistics, among others.

According to Dujarric, the Pan-American Health Organization (PAHO) is also providing training and test kits and is training government staff on risk communications and checking the health conditions of those arriving in the country.

According to him, “Together with UNHCR, it has also provided personal protective equipment. UNHCR is offering nearly 50 pre-manufactured housing units to serve as health facilities.”

He added that UN Resident Coordinator for Guyana, Mikiko Tanaka, is working with UN entities to provide social protection to the most vulnerable to prevent them from sliding into poverty, while the UN Population Fund is helping government to integrate gender-based violence prevention into the response plan.

Since 2018, Guyana has been hosting a growing number of refugees and migrants, most of them being from Venezuela.

The UN has pointed out that the growing numbers of refugees and migrants from Venezuela have increased the pressure over the already scarce resources in the country. In the current context, it further noted that Guyana needs to be supported in providing meaningful reception/integration to new arrivals.

It is expected that the total refugee and asylum seeker population in need of protection and assistance in Guyana will reach over 31,000 people in 2020, the UN has said.