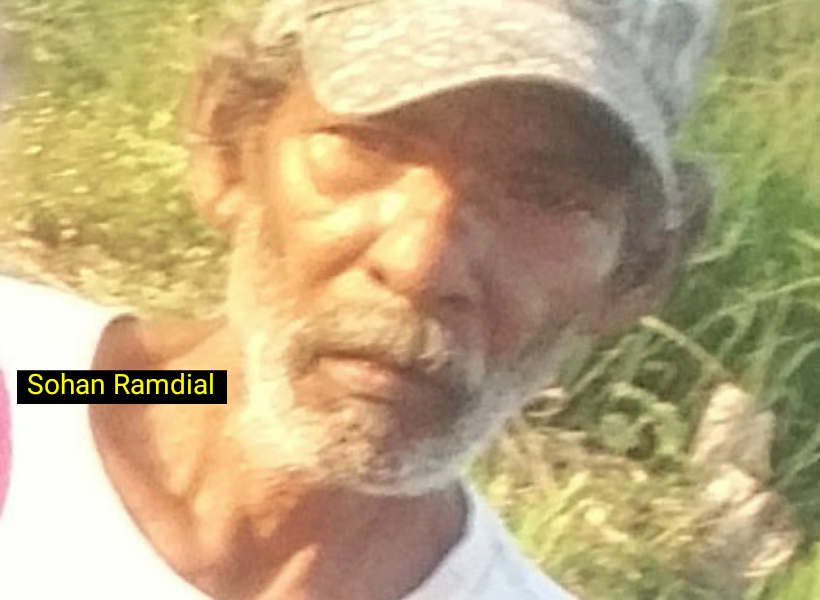 Detectives probing the murder of 67-year-old Sohan Ramdial, who was found buried in a shallow grave on a farm at Belle West, West Bank Demerara (WBD) three Mondays ago believe that they are close to cracking the case.

Ramdial went to his farm the day before his body was found to milk his cow when he was killed and buried.

A police source said that when ranks went to the scene to investigate the cattle farmer’s brutal murder, they uncovered a quantity of marijuana being grown on his land.

Ramdial, according to information received, has a large plot of land he does not use—some distance from where he usually grazes his cows. The land is taken over by large bushes. A portion of that land is where the marijuana was found.

The police believe that when the farmer went to his farm, he found either known or unknown persons on his land, planting the illegal substance. It is believed this is why he was killed.

While there are no suspects as yet, the police believe that with the motive being clear, tracking the suspects will not be so hard. A number of persons who frequented the farm have already been questioned.

Anyone with information on the murder is asked to contact the nearest police station.