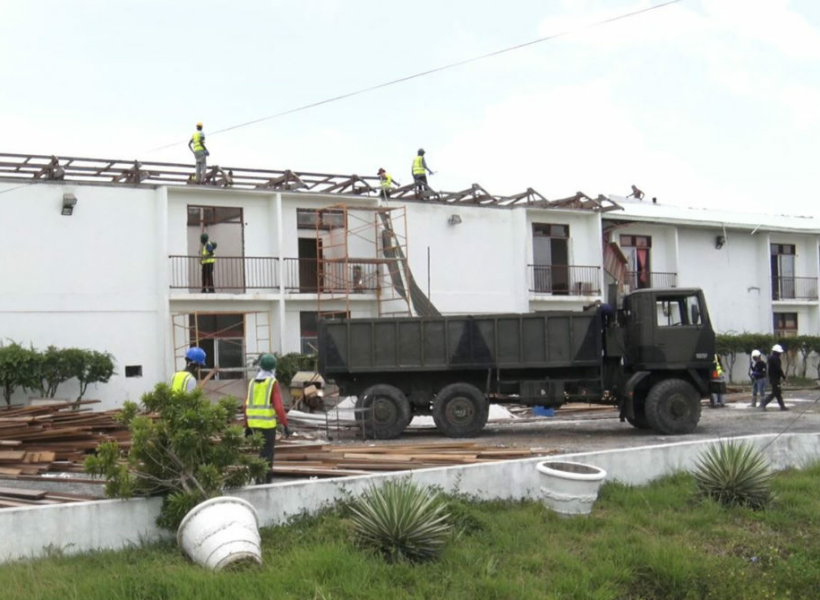 Since the government announced some weeks ago that it would be spending over $1B to transform the Oceanview International Hotel into a special facility for COVID-19 victims, questions have surfaced regarding the mechanisms in place for transparency of the said expenditure as well as the criteria used for the selection of a building that is prone to flooding as opposed to other State owned buildings.

In fact, the government is yet to state if any consideration was given to upgrade the current health facilities to deal with cases in their individual regions and if NPTAB gave its stamp of approval for the manner in which the Oceanview project is being executed.
During an exclusive interview today, Transparency Advocate and Former Presidential Advisor, Dr. Jan Mangal said he has paid attention to the matter and is of the firm view that the foregoing questions are more than reasonable.

The Consultant said, “I am not the only person who is asking questions about the Oceanview deal. Questions are being asked because this project has some features of a mechanism used in the past in Guyana, whereby tax dollars (in the form of contracts) are channelled towards businessmen who are associated with politicians. The mechanism is a quid pro quo. For example, the businessmen fund a political campaign and then when that party is in power, they award contracts to the businessmen. I cannot say this happened with this particular contract, but we need to ensure it has not.”

He added, “…As with all government spending, there has to be absolute transparency in Guyana and this is something I stressed to the Government in 2017 and 2018, especially in relation to oil. I highlighted how Guyanese do not trust the government and for very good reason because there is a history of corruption and mismanagement. (I also pointed out) how the Government needed to make it a priority to start building trust and the only way to do this is with complete transparency.”

Dr. Mangal said any spending of tax dollars, whether it is for COVID-19 or otherwise has to follow a transparent and auditable process. He said that this way, Guyanese can verify that their politicians are generating maximum value for the people, with the people’s money. On this note, the Consultant agreed with suggestions by some that there should be a special audit for all COVID-19 expenditure considering that it is taking place during a period of grave political uncertainty and in haste.

He said, “Right now around the world we are seeing issues with funds for COVID, and it is likely we may have similar issues in Guyana”.