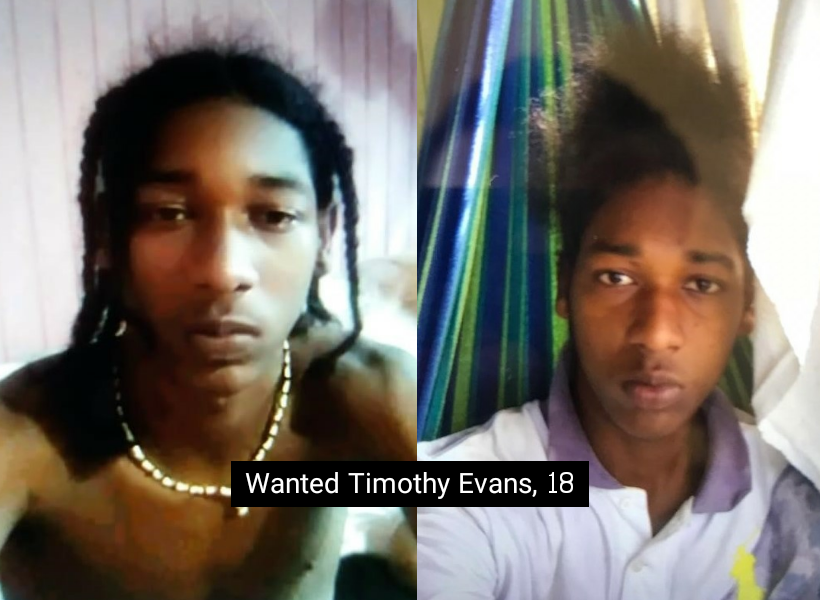 The Guyana Police Force (GPF) has issued a wanted bulletin for a teenager who fatally shot one of his neighbours in her eyes and critically wounded another this morning at Front Road, West Ruimveldt, Georgetown.

The suspect is Timothy Evans. He is of mixed race and his last known address is listed as Lot 67 Front Road, West Ruimveldt.

Evans is wanted for questioning in relation to the death of 56-year-old Florence Forde. She was shot to her eyes and died at the Georgetown Public Hospital Corporation.

Another neighbour, 46-year-old Brian Wilshire was shot to the chest and is said to be in a critical condition at the aforementioned hospital.

Guyana Standard has been informed that the shooting occured over a stolen motorcyle. Reports are that Wiltshire witnessed the suspect stealing a motorcycle from someone in the community and rattled him out.

Last night’s commotion started after Wiltshire and the individual whose motorcycle was stolen went to confront the alleged thief who allegedly denied any involvement in the theft.

An argument started which caused Forde to peep out her window. She was eventually shot by a stray bullet when the suspect whipped out his pistol.

Wiltshire was also wounded. The suspect made good his escape.