Home Politics Guyana Elections 2020 Nothing stopping Granger from intervening in granting approval for Carter Center to... 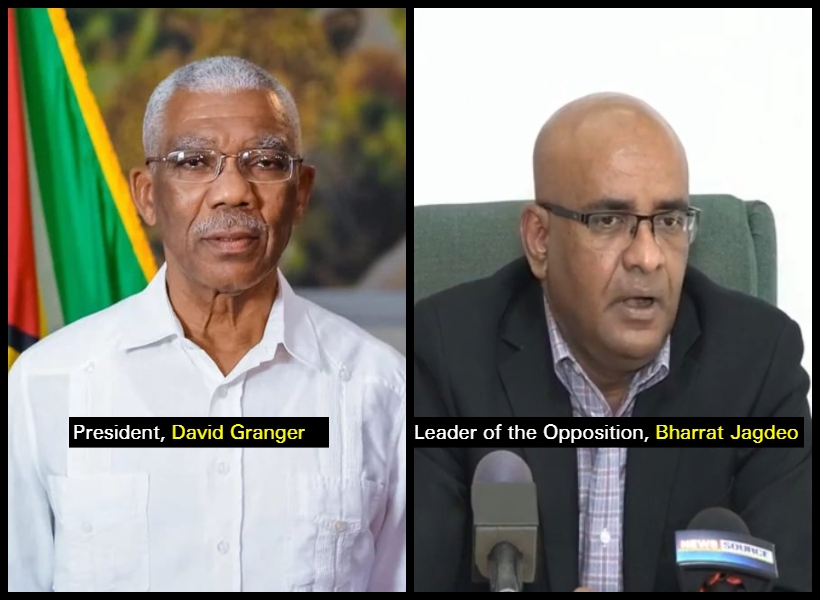 Elections observer, the Carter Center (CC) has not be successful in acquiring approval from the Guyana Government to return to observe the recount of the votes cast in the March 2 General and Regional Elections, scheduled to commence in two days at the Arthur Chung Convention Centre (ACCC), Liliendaal, Greater Georgetown. The centre said this much in tweet over the past weekend.

The approval must be granted by the National Coronavirus Disease 2019 (COVID-19) Task Force (NCTF), which comprises of Government ministers. It was the same task force that granted approval for a chartered flight to bring in a Caribbean Community (CARICOM) high-level team to oversee the recount process.

It is still unclear, why the NCTF has denied such a request from the CC, and at least one other international group, the International Republican Institute (IRI), which was hired through the US Embassy, to provide technical support to the Guyana Elections Commission (GECOM), by aiding the civic and voter education package. This entails providing the Commission with assistance in delivering free, fair and efficient elections.

Both groups, from reports, wanted to be in Guyana in time for the recount process.

The Government is now under blast from various groups; calling on the administration to reconsider the CC’s request. Both representatives of the U.S. and Canadian governments have made similar calls.

The incumbent President, David Granger, in his address to the nation today, said that he is all for free, fair and credible elections in Guyana. He maintained that he has never and will never interfere in the workings of GECOM. He spoke about his commitment to facilitating credible elections results by referencing his arrangement with the Opposition Leader, Bharrat Jagdeo, to have the CARICOM team come to Guyana to look over the process.

He, however, did not say anything on the matter involving the CC’s request to return.

But the opposition, the People’s Progressive Party/Civic (PPP/C) says that there is nothing stopping Granger from intervening in the manner as he did, in relation to the CARICOM team.

“[T]here is nothing preventing the utilization of the same protocols used in respect of that CARICOM team from being used in relation to Carter Center and other International Observer teams to facilitate their return to Guyana to complete the task for which they have been accredited,” the party said.

It continued: “The March 2, 2020, elections have not been completed and their accreditation has not been revoked. Their right to complete their mission is therefore guaranteed by both local and International Law. Observation of elections by International Observer Teams is now a corner stone of democracy in the modern world. Many International Treaties guarantee it.”