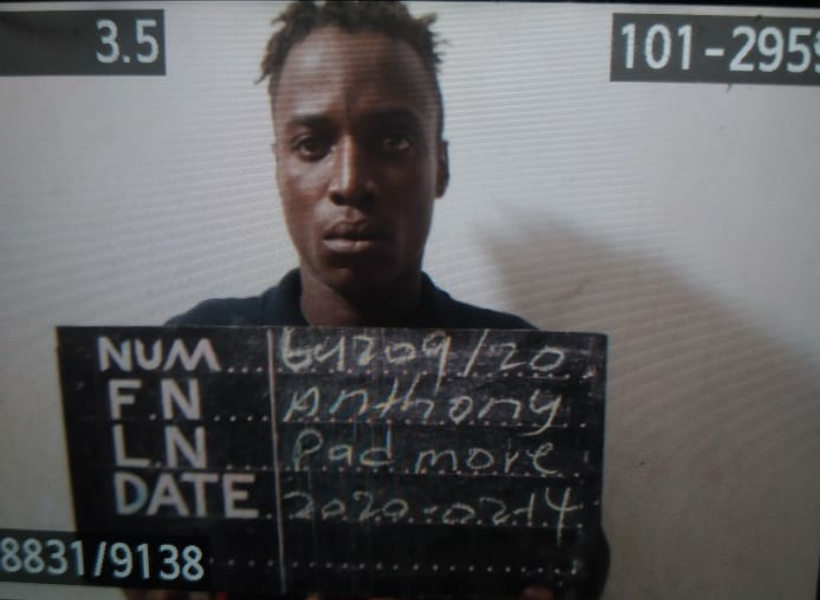 A second inmate who escaped from the Lusignan Prison, East Coast Demerara (ECD) three mondays ago has been recaptured.

Anthony Padmore, 26, was arrested a few minutes ago in a house at Beterverwagting. He was among four prisoners who broke out of the facility on the morning of April 20, last.

Guyana Standard has been informed that Padmore, who was on remand for trafficking cannabis, was nabbed after someone spotted him entering the house.

The police was called and he was rearrested without incident.

The other escapees have been identified as Kenraul Perez, 26, of Mabaruma, North West District, 32-year-old Ganesh Dhanraj of Parika, EBE and 24-year-old Sasenarine Bisnauth.

Bisnauth, who was on remand for a series of robberies was the first to be rearrested. He was nabbed in the cane fields aback of Beterverwagting Sideline dam, ECD last Wednesday.

Perez and Dhanraj are on the run. Both of them were on remand for murders.

The four men jumped the eastern fence of the Lusignan Prison and escaped during heavy rainfall on the morning of April 20, last.

Anyone with information of the whereabouts of the escapees is asked to contact the nearest police station.