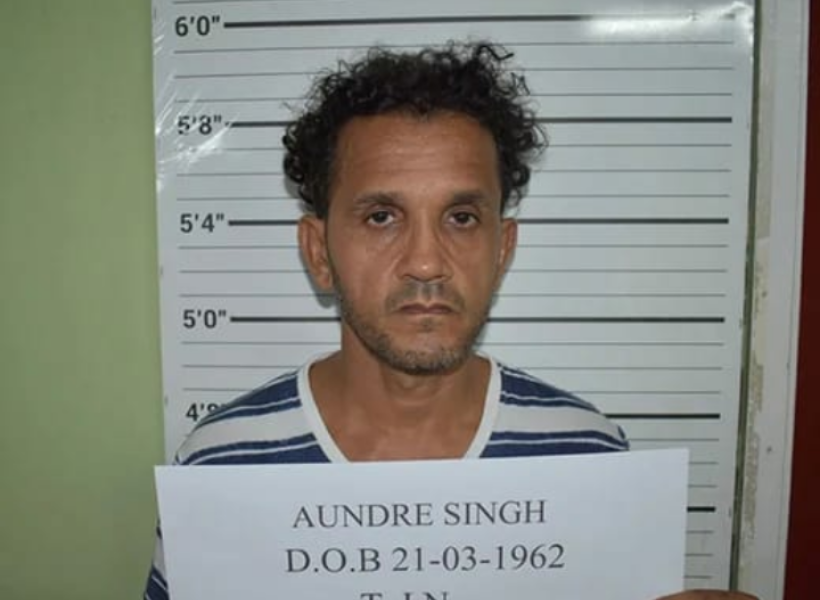 Aundre Singh, who was sentenced to three and a half years’ imprisonment  and fined $11.7M, last year August for trafficking over 27 pounds of cocaine, was this morning found not guilty on five gun-related charges.

Singh, 57, was found not guilty on charges related to the possession of three sets of ammunition- two sets of .32 caliber rounds and one set of 9mm rounds- and two firearms- a .32 caliber Magnum  and a .380 caliber Taurus pistol.

Police alleged that the illegal items were found in a bedroom of his Diamond, East Bank Demerara home.

Today, during an audio-video virtual hearing, Magistrate Rondel  Weever delivered a detailed ruling with regards to the charges against Singh.

According to Magistrate Weever,  the testimony of Customs Anti Narcotics Unit (CANU) Officer Lyndon Thompson was found to be highly unreliable.

During the trial proceedings, the lawyer raised glaring discrepancies which could not be  explained by the prosecution.

The lawyer told Guyana Standard, “This caused the learned Magistrate Weever to remark that in the present matter, she held reasonable doubt as to whether Aundre Singh had control of the rooms in which the guns and ammunition were found. She felt satisfied that, from the very beginning, Aundre Singh had indicated to officers at his home that he did not live in the rooms in question.”

The lawyer added, “The learned Magistrate further ruled that the oral confessions allegedly given by Aundre Singh where he allegedly said that he lived in the house alone and that he only owned the ammunition and not the firearms could not be relied upon after legal issues were raised preventing their acceptance.”

In an invited comment,  Dhurjon commended  Magistrates and Judges who are working amidst the pandemic period to dispense justice and thanked them for their example, since it is very difficult to get important matters heard during these times.

Reacting to today’s ruling, the lawyer said that justice has been served and that he expects to be successful very soon in the appeal against Singh’s conviction for trafficking cocaine.

“Since the evidence of the guns and ammunition were wrongfully accepted in that matter as evidence against him,” Dhurjon noted.