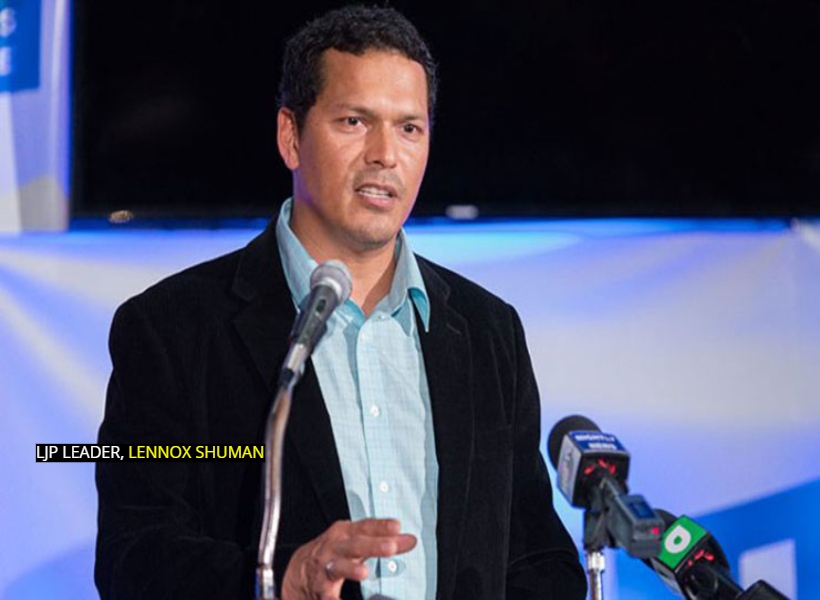 Presidential Candidate of the Liberty and Justice Party (LJP), Lennox Shuman says that government ministers on the National COVID-19 Task Force (NCTF) meeting with the Guyana Elections Commission (GECOM) to raise electoral concerns “stinks of conflict of interest”. He said this during an interview with the media this afternoon. Shuman said that at least two ministers, who are on the NCTF, met with the Commission today to discuss matters raised by their party, the A Partnership for National Unity + Alliance for Change (APNU+AFC) during the recount of the votes cast in the March General and Regional Elections.

“[T]hose are the very people who comprise that Task Force, are also engaged as the top tier for the APNU that is currently meeting with the Guyana Elections Commission. So, if that does not stink of conflict of interest, I don’t know what else does. Because that is what is currently in progress right now, in the recount facility in the tabulation room. These things obviously cause a lot of questions about their intent; their motive, and what they are looking at as an endgame to this process,” he said.

Indeed, the NCTF was established prior to the commencement of the recount process.

It was the NCTF that recommended several measures be implemented at the Arthur Conference Centre (ACCC), where the recount of the votes cast in the March General and Regional Elections are being conducted. One of these recommendations included the place of 10 stations to do the recount. This number of stations was recommended in keeping with the social and physical distancing protocols set out to curb the transmission of COVID-19.

However, after the Guyana Elections Commission (GECOM) realised that the 25-day period allocated to conclude the process seemed insufficient, it approached the NCTF to conduct another assessment of the venue to look at the establishment of additional stations.

The NCTF arrived two days after the request and conducted a walkthrough with GECOM officials. Some six possible sites were identified, and the NCTF committed to provide a feedback in the form of a report to say whether those stations should be established.

That report was expected yesterday before noon.