Home Politics Guyana Elections 2020 I’ve done my best to have balanced number of meetings between Gov’t,... 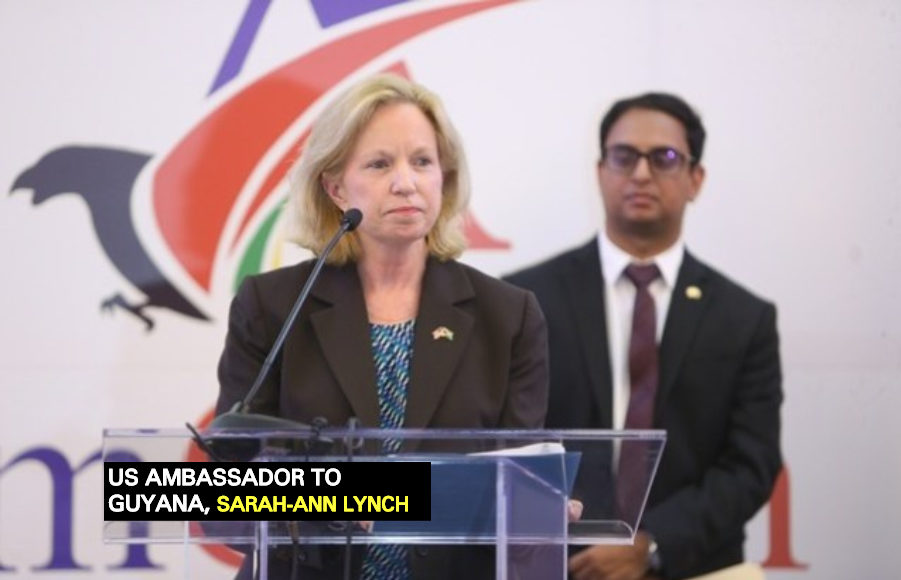 U.S. Ambassador to Guyana, Sarah-Ann Lynch recently disclosed that she has done her utmost to facilitate a balanced number of meetings between advisors and advocates representing the A Partnership for National Unity + Alliance for Change (APNU+AFC) coalition government, the People’s Progressive Party Civic (PPP/C), as well as those from the smaller political parties.

The U.S. envoy made this revelation Thursday during an interview on ‘Context’, a programme produced by the National Communications Network (NCN). Ambassador Lynch said that as part of her role here in Guyana, she meets with a wide variety of  people all the time.

She said, “I meet with people on the political side, on both sides of the current elections that we are engaged in. Both major political parties equally; I have met with each of the leaders, the smaller parties too. I also make sure I meet with the private sector, with civil society and with the universities.”

Ambassador Lynch explained that she does this so as to get opinions from a wide swath of people here in Guyana to really get the breadth and depth of all of the issues.  In this regard, she added that she has certainly met with different advisors to the Opposition and the Coalition Government when requests are made to engage with her.

According to her, “And I have said yes to both, and have done  my utmost to have a balanced number of  meetings. In fact, I have probably driven my staff a bit crazy in making sure that those meetings are as balanced as possible. I do not meet more with one side than the other.”

Asked by the moderator whether she attaches more weight to one side more than the other based on what may be coming from the U.S. Department of State, Ambassador Lynch replied in the negative.

In fact, she said, “No.  Certainly again I meet equally with advisors and advocates for the major parties as well as those from the smaller parties. I have weekly conversations with the U.S. State Department Western Hemisphere office about all of the people I meet here in Guyana and then they tell me if they have met with anyone up in Washington. ”

“Both in Washington and here we have people reaching  out to us constantly for meetings and they want to present their opinions and frankly our job is to listen. I am pretty comfortable with the fact that I have listened about every one this year,” the diplomat added.