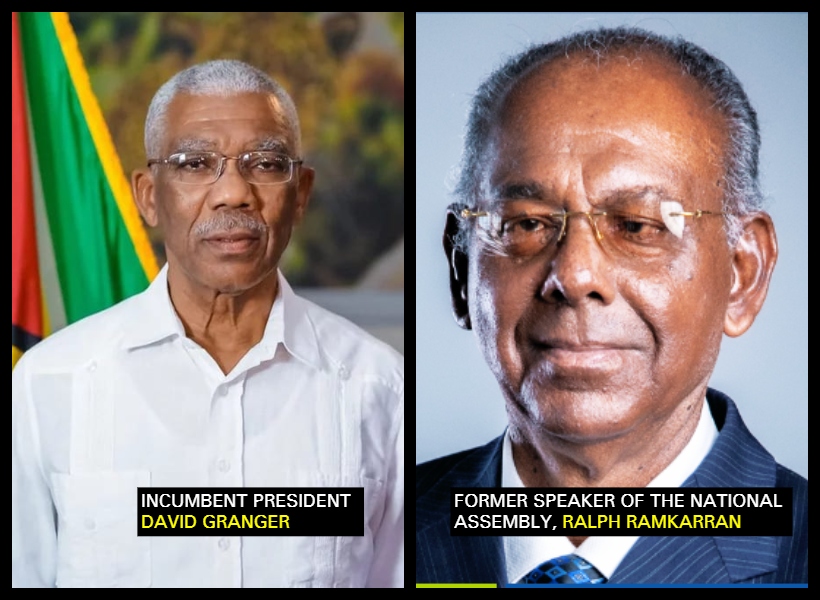 In the mind of Former Speaker of the National Assembly, Senior Counsel, Ralph Ramkarran, incumbent President David Granger’s statement on the need for inclusionary governance is a vague promise that has no meaning.

Ramkarran, a longstanding jurist, made this assertion in his most recent writings in which he gave his opinion on several issues related to the ongoing national recount of all ballots cast in the March 2, 2020 General and Regional elections, ongoing at the Arthur Chung Conference Centre (ACCC).

As recently as Wednesday, President Granger said he is confident of the coalition’s ability to win those elections, but not by a landslide given Guyana’s complex social structure. The Head of State signalled his government’s intention of pursuing a form of inclusionary government.

Ramkarran was keen to point out that President Granger’s acknowledgement of the need for inclusionary governance comes at a time when his government is under pressure and it will not convince anyone that he is heading along that path.

In fact, Ramkarran, who is the Presidential Candidate for A New and United Guyana (ANUG), reminded that President Granger had the opportunity in 2015 of fulfilling his coalition’s manifesto promise of constitutional reform leading to executive power sharing.

But according to him, the President ditched this promise.

He said, “Now that pressure has mounted for the reform of our constitution to improve our governance system, the President makes a vague promise that has no meaning. The political stalemate that has engulfed Guyana since March 4 has given rise to a wave of support from new and important voices for a new form of governance that includes executive power sharing and electoral reform.”

Ramkarran further said that while the President’s statement is  a realization of this growing sentiment, it does not go far enough.

In the eyes of the former House Speaker, the President’s statement is “meant only to quell the noise.’’

According to the politician, ANUG, a new political party which contested the elections, had constitutional reform leading to shared governance and electoral reform as its flagship issues.

But, it did not make a significant impact on the electorate, Ramkarran admitted, while pointing out that the nature of Guyana’s electorate, motivated essentially by ethno-political issues, are not expected to be swayed by sentiments of power sharing.

The PPP/C, like APNU+AFC, has not supported executive shared governance, Ramkarran said. He reasoned that should the PPP/C take office and govern as before, it will have to contend with resumed, large scale, rebellion by African Guyanese, taking as yet unknown forms.

The Senior Counsel reminded of the post-election violence in 1992 and 1997 followed by a near three-month public service strike together brought down a President.

The 2001 post- election violence was followed by two sets of criminal-terrorist rebellions with anti-Indian killings; a village was seized, Ramkarran also reminded.

He added, “The African-dominated security sector displayed marked reluctance in engaging the criminals. In a protest in Linden on economic issues three African Guyanese were killed. Accusations of African marginalization by the PPP is part of APNU+AFC’s narrative and widely accepted.”

He continued, “That there will be one or a series of African rebellions against a PPP government is not in doubt. When and what forms it will take will emerge with time. But the PPP may figure that it survived the worst before and has the capacity to survive it again…”