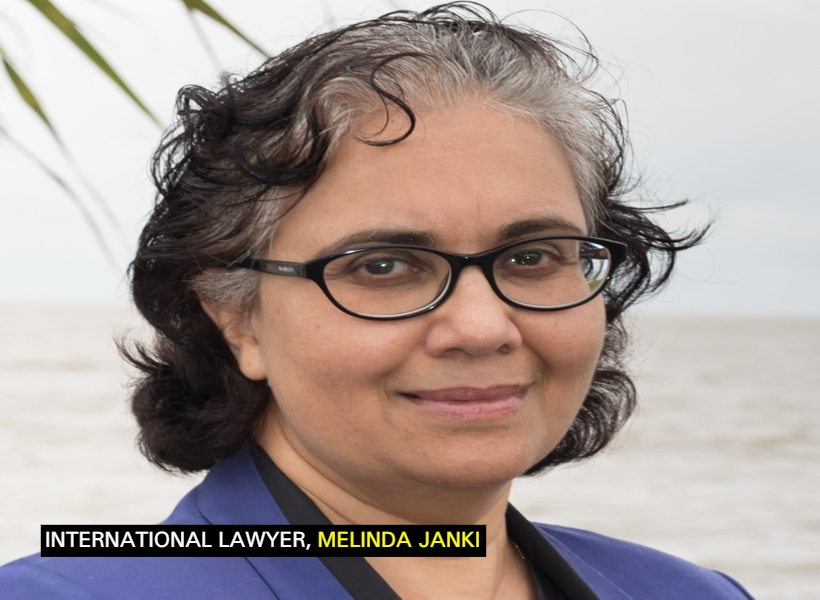 Even though it is often said that racism is arguably one of the top issues hindering Guyana’s advancement, International Lawyer, Melinda Janki holds a different perspective. For this transparency advocate, Guyana’s biggest problem is its toxic politics. Janki opined that race is conveniently used to further the agenda of some political parties. The lawyer drew these and other conclusions during a recent interview with Canning House, the UK’s leading forum for informed comment, contacts and debate on Latin American politics, economy and business.

Janki who was part of the panel that included British High Commissioner, Greg Quinn, said, “…We are often told that we are divided by race but we are really divided by politics and this is really a more obvious issue during elections…There is research that was done which shows Guyana is not the antagonistic place it is being portrayed as…”

Further to this, the lawyer was keen to note that no political party can win an election by playing to one political group. Those days are over she categorically stated while adding that the fastest group is not the Africans or East Indians but rather, the mixed race. Taking this into account, she noted that one has to be very careful in bringing a race lens when viewing the issues affecting Guyana’s development.

The transparency advocate also intimated that it is thanks to the good nature and sense of the Guyanese people that the country is generally peaceful. “It is not thanks to the politicians who are fighting each other to get into power because of their obsession with the fantastical oil wealth they are being told Guyana is going to get,” the attorney stated.

The lawyer made it clear that what really needs to be addressed as soon as possible is the toxic nature of Guyana’s politics. She stressed too that efforts have to be directed towards reducing the disproportionate power politicians have under the Constitution and increasing the systems for accountability to the people.