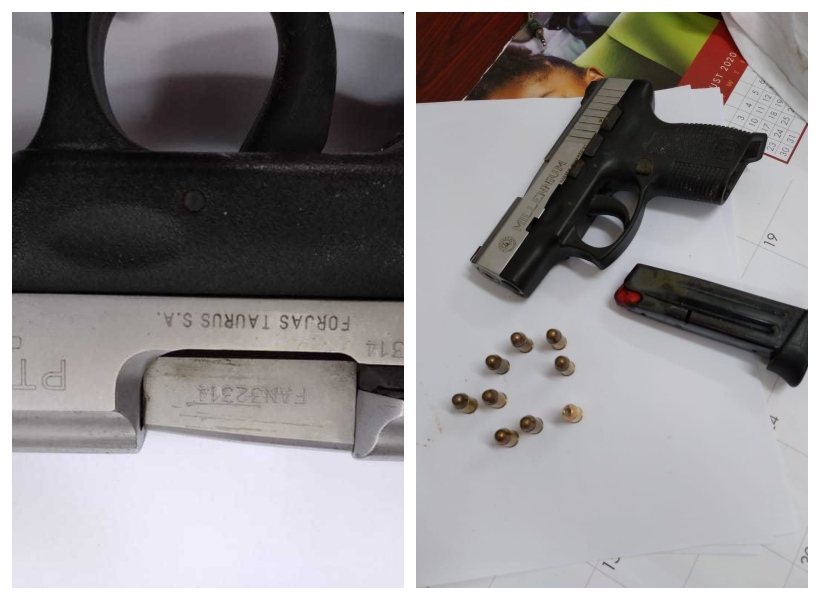 A driver and passenger are currently in police custody after being arrested for tossing a firearm with matching rounds out of a car.

Police, in a release said ranks were patrolling along Crown Dam, Industry, East Coast Demerara, around 20:45 hrs on Thursday when they intercepted a motor car which had minutes earlier, on seeing the police vehicle sped away at a fast rate.

It was reported that as the ranks were approaching the vehicle, they observed a male who was seated in the front passenger seat toss an object through the window.

The object was immediately retrieved and found to be an unlicensed semi-automatic pistol loaded with nine live ammunition.

The driver and occupant were ordered out of the vehicle and promptly detained.
Body searches conducted revealed nothing else of evidential value.
The suspects are in custody assisting with the investigation.