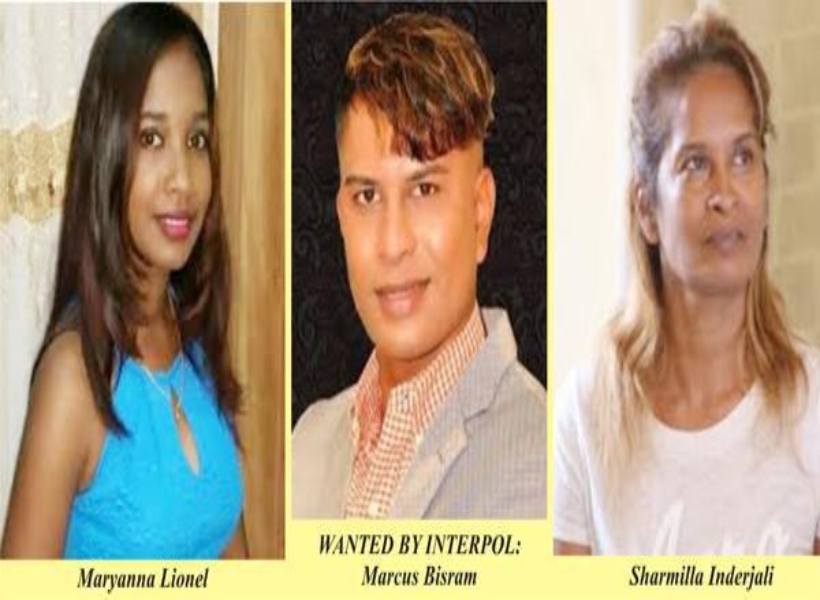 Sharmilla Inderjali, the mother of Marcus Bisram, and her co-accused Maryanna Lionel, who were charged with offering a detective $4M to suppress evidence against Bisram, were yesterday found guilty of the offence.

The women were also remanded to prison by Senior Magistrate Leron Daly pending sentencing. They are expected to return to court on Monday, July 12, 2020 when their lawyer, Sanjeev Datadin will make a plea in mitigation on their behalf before a sentence is imposed.

During November 2016, the women offered a detective at the Criminal Investigation Department (CID) Headquarters, Eve Leary, Georgetown, $4M cash for him to suppress evidence against Bisram in a murder case.

Inderjali, 48, of Number 72 Village, Corentyne, Berbice and Lionel, 28, the sister of one of the accused charged with the killing of Berbice Carpenter, Faiyaz Narinedatt, were out on a total of $3M bail pending trial.

The murder charge against Bisram was recently quashed by a High Court Judge, who ruled that there was insufficient evidence to continue the charge against him.

Meanwhile, the other men have since been committed to stand trial for Narinedatt’s murder at the Berbice High Court.

According to reports, on the day of the killing, Bisram had a party at his home, which Narinedatt and a few others attended.

It was reported that Narinedatt went to the back of the yard to urinate and Bisram allegedly followed him and began making sexual advances towards him.

The man allegedly slapped Bisram and pushed him away. It was then that the rejected man allegedly instructed his friends to kill Narinedatt.

The men allegedly beat Narinedatt before placing him in a vehicle and dumping his body on the roadway to make it look like an accident.