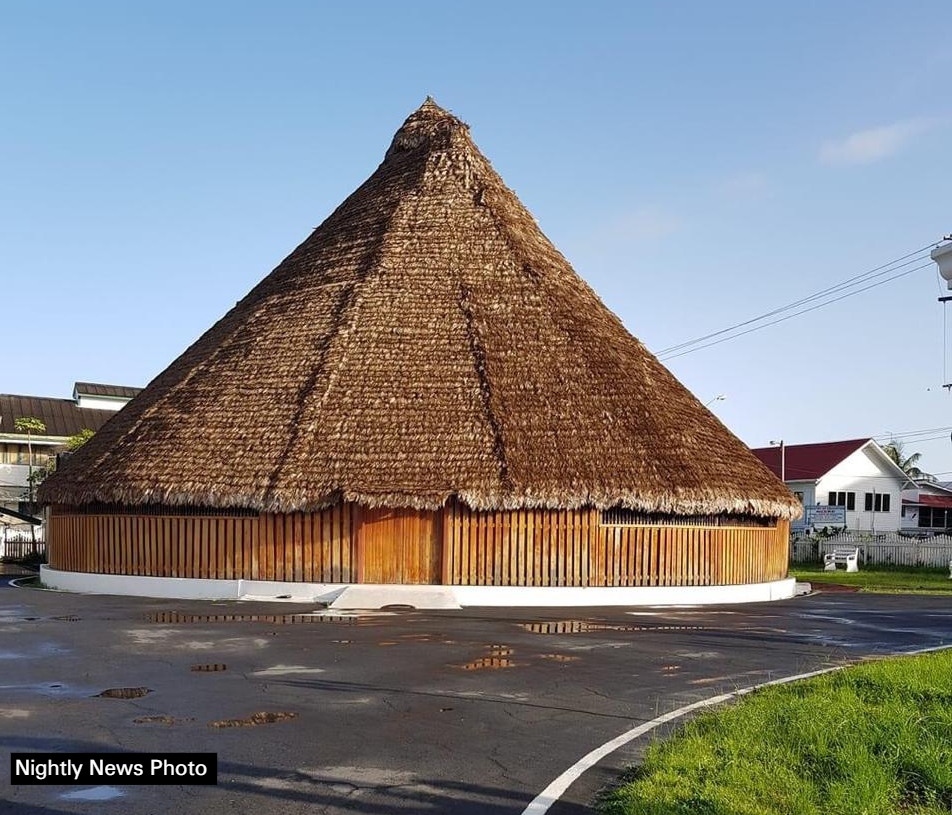 Quick action by a female police constable was able to thwart a fire set by a man to the Umana Yana.

According to reports, around 02:00 hrs today,  the constable was on duty when she observed a man scaling the north eastern fence of the compound with a black tire and a bottle.

The man quickly ran to the western side of the building where he set the lower branches to the roof of the Umana Yana on fire.

The constable charged in the man’s direction and quickly put out the fire using a nearby fire extinguisher.

The suspect, upon seeing the constable, jumped the eastern fence and proceeded east on to Battery Road on foot, making good his escape.

The police were called in and following an investigation, they are now looking for a red (GWW) series Pick-Up which was reportedly parked north on High Street, Kingston with three occupants.

The vehicle was seen parked in front of the Umana Yana before heading south on High Street after the fire was set.