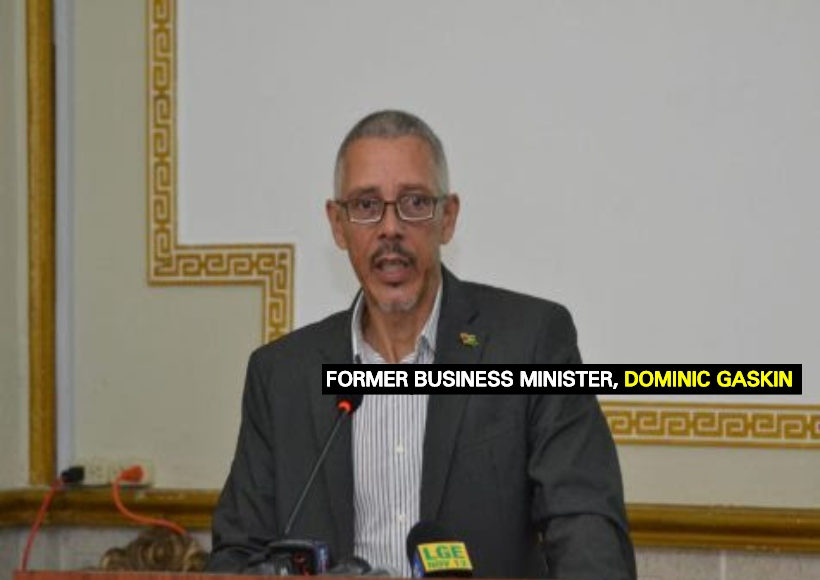 In his most recent post to his Facebook page this evening, Former Minister of Business, Dominic Gaskin made a strong appeal to his coalition partners to accept defeat and live to fight another day. He said that all the shenanigans which include absurd legal maneuverings are only serving to erode the value of its political currency. Gaskin also called on his colleagues in the coalition to stop abusing those who have suggested that the APNU+AFC lost the elections while noting that there is no evidence to suggest otherwise.

See below for his full statement.

It’s hard to fathom how we could be arguing, more than four months after the fact, about something as straightforward as an election which, at the close of poll, was deemed by all to have been smoothly conducted.

It bears noting that no voting took place after the polls closed on March 2nd 2020 and, therefore, the amount of votes cast for each of the contesting parties could not have changed since then. So, for the most part, what we are grappling with is a static phenomenon. Further, the ballots were placed in sealed boxes which in turn were stored in sealed containers, unboxed only during the recount process, and subsequently replaced. So the evidence remains intact.

No amount of shifting narratives, specious arguments, contrived reports or court rulings can change the contents of those 2,341 ballot boxes, in which the net will of the people of this country is expressed. The transparent recount process provides an accurate reflection of what is in those boxes, and also shows a glaring discrepancy between the votes in the Region 4 boxes and the votes added up and declared by the Region 4 Returning Officer, Mr. Clairmont Mingo, whose clumsy attempt to fraudulently alter the results in favour of the incumbent coalition are what led to the recount in the first place.

If it appears that the entire world is lined up against the APNU+AFC coalition, it is because the entire world, except the coalition and its supporters, knows that Mr. Mingo’s numbers were not the right numbers. It is the failure of the incumbent to acknowledge Mingo’s unscrupulous act that has us where we are today. The unfortunate truth is that the only ones fooled by Mingo were his intended beneficiaries.

The coalition leadership needs to be honest with its supporters about the Mingo declaration, and answer the simple question – were Mingo’s numbers accurate or not?

It they believe that Mingo’s numbers were accurate, then they need to explain clearly to their supporters:

1. Why the recount of the same ballots produced such a vastly different result; and

2. Why, up to now, neither they nor GECOM can provide a breakdown of the contentious Region 4 results; or better yet, copies of the corresponding Statements of Poll. The PPP was able to do so within forty-eight hours of the close of poll.

If they acknowledge that Mingo’s numbers were not accurate, then they need to let us know what possible cause could justify a final declaration based on those numbers, as is still being sought.

While I empathize with many who do not wish to see the PPP return to power, the harm that will certainly ensue can never justify what is contemplated. Our political system may not be perfect, but trust in our electoral system is paramount. The votes in those ballot boxes, all of which have already been deemed legally valid, show that the majority of Guyanese prefer a PPP-C government to an APNU+AFC government. This is what the coalition should be working to change in time for the 2025 election, instead of trying to change what has already happened.

It pains me to watch this situation escalate unnecessarily when it is clear to most that the APNU+AFC has lost the election, and will not be accepted, either at home or abroad, as the legitimate government for a second term. Fancy legal maneuvers cannot change the facts. They only serve to delay the inevitable and raise tensions among our people, while exacerbating the adverse economic impact of the COVID-19 pandemic.

It is no secret that the PPP and the PNC rely heavily on the Indo- and Afro-Guyanese populations respectively for their electoral votes. I tend to shy away from race issues because I believe that the process of enlightenment is an intergenerational one in which our actions speak louder than our words. Having said this I feel compelled, as the proud son of a black man, to comment on the future of Afro-Guyanese political leadership, in the context of the current situation. I find it regrettable that the younger generation of Afro-Guyanese politicians, should they choose to further their political careers within APNU or the AFC, will be saddled with the consequences of what has taken place over the last four months. This year, I have seen many bright shining young stars from all the political parties, and it is my sincere belief that those in the APNU+AFC camp will pay the heaviest price for what has occurred. While I hope that this does not happen, I cannot ignore the PNC’s prolonged stint in opposition post-1992.

To my colleagues in the Coalition I make one final appeal. You are losing political ground. You cannot win this battle. Find a way out today. It will be easier than trying to do so tomorrow. And for God’s sake stop abusing everyone who dares to suggest that you lost the election. There is not a shred of evidence to suggest otherwise.