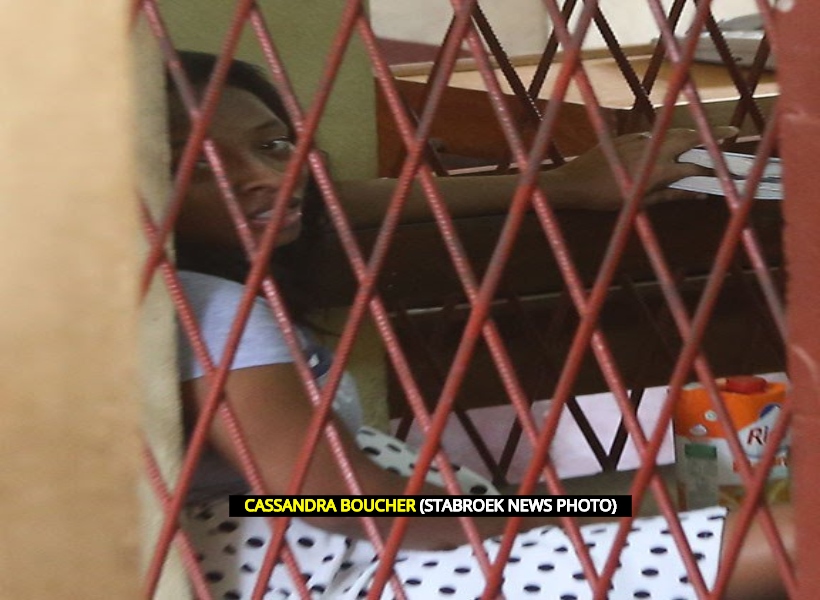 A former policewoman who was charged in 2018 for dousing her lover with a corrosive substance, was given a one year suspended sentence. She was found guilty of the crime.

Thirty-one-year-old, Cassandra Boucher of 5 School Street, Albouystown, was on trial before Senior Magistrate Leron Daly in the Georgetown Magistrates’ Courts.

Boucher, on her first court appearance, had denied the charge which stated that on November 7, 2018, at Camp and North Road Georgetown, she unlawfully and maliciously wounded Anthony Paul with intent to maim, disfigure or cause him grievous bodily harm.

The woman’s lawyer, Adrian Thompson, on her first court appearance, told the court that his client made several reports of abuse against her lover and the matters were never dealt with.

He further told the court that on the day in question, his client was defending herself from the abuse and there is a medical certificate to show that she received injuries.

It was reported that Boucher and Paul shared a relationship that subsequently ended after Paul found out that she was pregnant for someone else.
On the day in question, around 10:20 hrs Boucher called the victim and requested to be taken to the hospital since she was not feeling well.

However, when Paul arrived at her home she got into the backseat of his vehicle. While being transported to the hospital, she delved into her purse and took out a small glass bottle and threw a liquid on Paul’s left side face and body. Paul immediately drove to GPHC where he was examined by a doctor and admitted for his injuries.

The matter was then reported and Boucher was arrested. She was out on $300,000 bail pending trial.