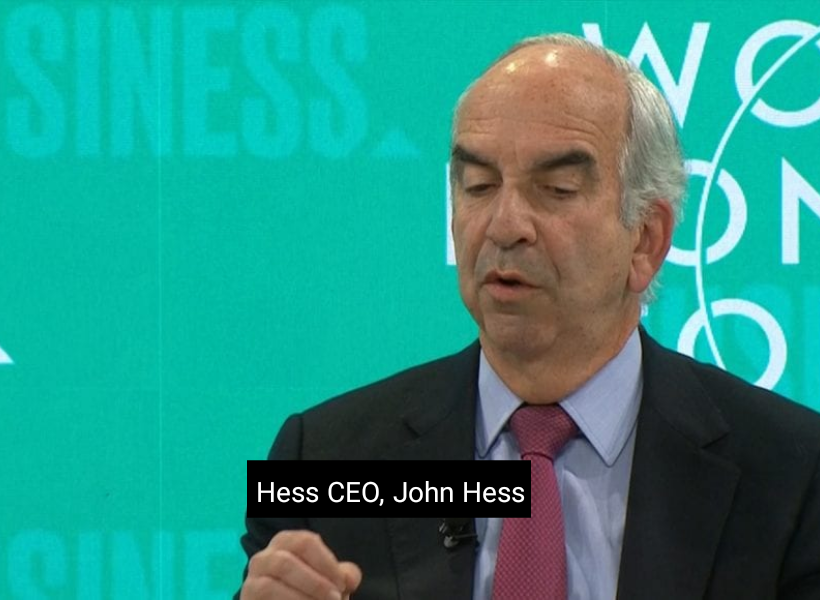 With regard to exploration and production, its net loss was US$249 million compared with net income of US$68 million in the second quarter of 2019. On an adjusted basis, exploration and production for the second quarter 2019 provided net income totalling US$46 million. It was also noted that the Corporation’s average realized crude oil selling price, excluding the effect of hedging, was US$20.63 per barrel in the second quarter of 2020, compared with $61.37 per barrel in the prior-year quarter, reflecting a decrease in benchmark oil prices and widening of crude differentials realized as a result of reduced demand caused by the global coronavirus (COVID-19) pandemic.
In addition, Hess was keen to note that a higher proportion of Bakken and Guyana production was sold in April and May which had lower prices than the month of June.

With respect to its operations on the Stabroek Block, Hess Corporation said that its net production from the Liza Field, which commenced in December 2019, averaged 22,000 barrels of oil per day (bopd) in the second quarter of 2020. The operator which is ExxonMobil’s subsidiary, Esso Exploration and Production Guyana Limited (EEPGL), is currently commissioning water injection equipment and bringing natural gas injection fully online that should enable the Liza Destiny floating production, offloading, and storage vessel (FPSO) to reach its capacity of 120,000 gross bopd in August.

As for Phase two of the Liza Field development, which will utilize the Liza Unity FPSO with an expected capacity of 220,000 gross bopd, Hess said that it remains on target to achieve first oil in early 2022. As previously announced, some activities for a third development, Payara, with expected production capacity of 220,000 gross bopd, have been deferred pending government approval of the project creating a potential delay in production startup of six to twelve months.

As a result of COVID-19 related travel restrictions in Guyana, Hess noted that the operator temporarily idled two drill ships but both have resumed drilling operations by the end of the second quarter. Hess noted that the Stena Carron rig recently completed appraisal drilling at Yellowtail-2, located one mile southeast of Yellowtail-1.
Hess reported to its investors that the well identified two additional high-quality reservoirs, one adjacent to, and the other below the Yellowtail Field, further demonstrating the world-class quality of this basin. The company noted that this additional resource is currently being evaluated and will help form the basis for potential future development. The company also noted that the Noble Don Taylor commenced drilling of the Redtail exploration well, which is 1.25 miles northwest of Yellowtail-1, in July.

The other two drillships, the Noble Bob Douglas and the Noble Tom Madden, are drilling and completing Liza Phase One and Phase Two development wells.