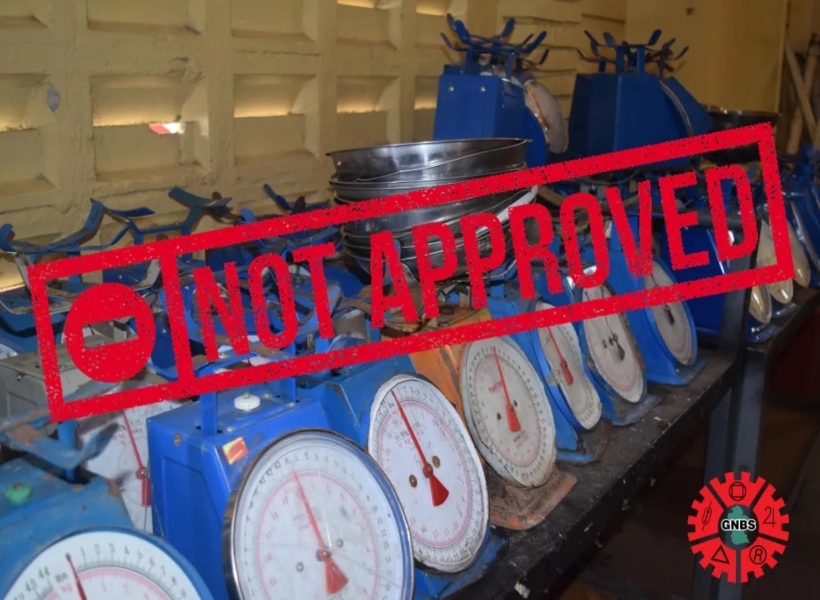 The Guyana National Bureau of Standards (GNBS) is sending a strong reminder to vendors, shopkeepers and other retailers who continue to use the unapproved dial scales for trade. This comes at a time where consumers are making complaints to the Bureau regarding unjust weights for products they have received during purchases from this type of scale.

The GNBS intends to take a stronger stance to deal with malpractice in the marketplace so that consumers can get accurate weights and value for their money.

Consumers are hereby advised that the GNBS does not verify (stamp) the unapproved domestic dial scales for the following reasons:

1. They were designed for domestic/ household use only.
2. They do not measure solely using the metric units, which is legally acceptable for trade in Guyana.
3. The weighing mechanism of these scales was not designed for continuous use and can be damaged easily when used in commercial business.

Consumers are also reminded that they have the right to demand that items they purchased be weighed using approved weighing devices, which carried a verification seal or sticker. Further, if consumer have complaints regarding weights and measures used at shops, stores, or markets, they can report such by messaging the GNBS via WhatsApp: 692-GNBS (4627).