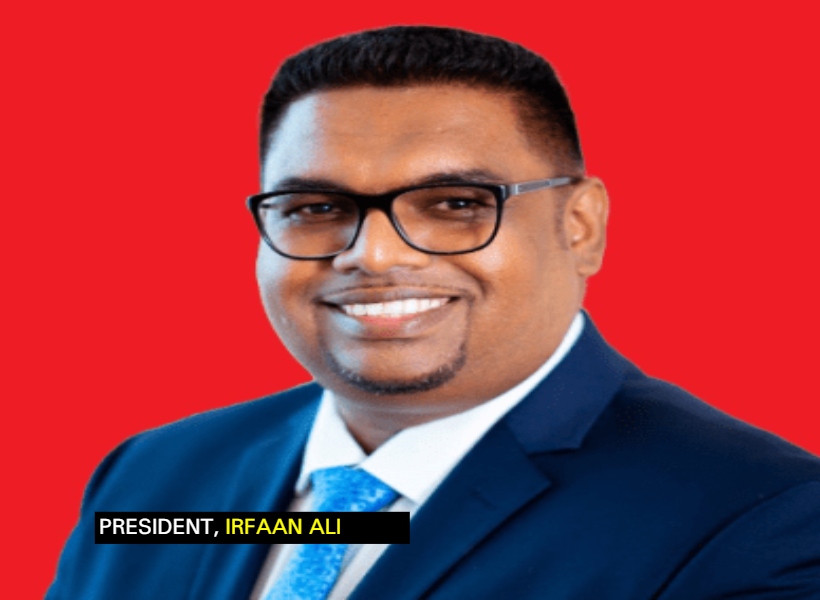 Chief Magistrate Ann McLennan this morning dismissed the 19 fraud-related charges against President Irfaan Ali over the sale of lands at Plantation Sparendaam (Pradoville Two), East Coast Demerara (ECD). This was in the Georgetown Magistrates’ Court.

During the previous hearing on August 6, 2020, Ali’s attorney Devindra Kissoon made an application for the charges to be dismissed on the grounds that the president is immune from the suite as per Article 182 of the Constitution.

Following the hearing, the Chief Magistrate adjourned the matter to October 26, 2020. Still, Kissoon wrote to various parties involved including the Director of Public Prosecutions (DPP) and spoke with the counsel of the Special Organised Crime Unit (SOCU) renewing his application that the charges be dismissed since Article 182(2) of the Constitution mandates that no criminal proceedings shall be continued against a sitting President in respect of any done by him in his private capacity.

Further, Kissoon contends that it was not in the public interest to prosecute a sitting President and to do so would violate the prosecutor’s code of conduct adopted in 2018.

Ali, throughout the court hearing, said his position is that the charges are “irrational, arbitrary, capricious, whimsical, malicious, biased, without any proper evidential basis, made in bad faith, influenced by irrelevant and improper considerations and motives, unreasonable, discriminatory, unlawful, null, void and of no effect” and cannot lead to a conviction.

During today’s hearing, prosecutor Patrice Henry, in response to Kissoon’s application, advised the Court that SOCU has taken a decision that it was not in the public interest to prosecute a sitting President and to so do would violate Article 182(2) of the constitution.
The Chief Magistrate ultimately ruled in Ali’s favour, wholly discontinuing all charges against him.

The Court of Appeal is scheduled to rule on an appeal filed by him today at 2.30 pm, but it is unclear what would be the outcome in light of this dismissal.

It is alleged that Ali, between 2011 and 2015, conspired with persons unknown to defraud the Government by acting recklessly when he sold 19 plots of land at Plantation Sparendaam and Goedverwagting.
Ali was not required to make a plea to any of the 19 indictable matters.

The charges against Ali came months after SOCU, an arm of the police force, completed its investigation into the allocation of lands at ‘Pradoville Two’ to Cabinet members of the People’s Progressive Party/ Civic administration and their close associates.

It was reported that Ali personally handled the transactions of the State Lands for his friends of the PPP/C’s and former Cabinet members.

A forensic audit was conducted which revealed that the recipients grossly underpaid for the lots by a total of nearly $250M. It was stated that of the 28 lots totalling 12.1187 acres, only 3.9693 acres remain unallocated.