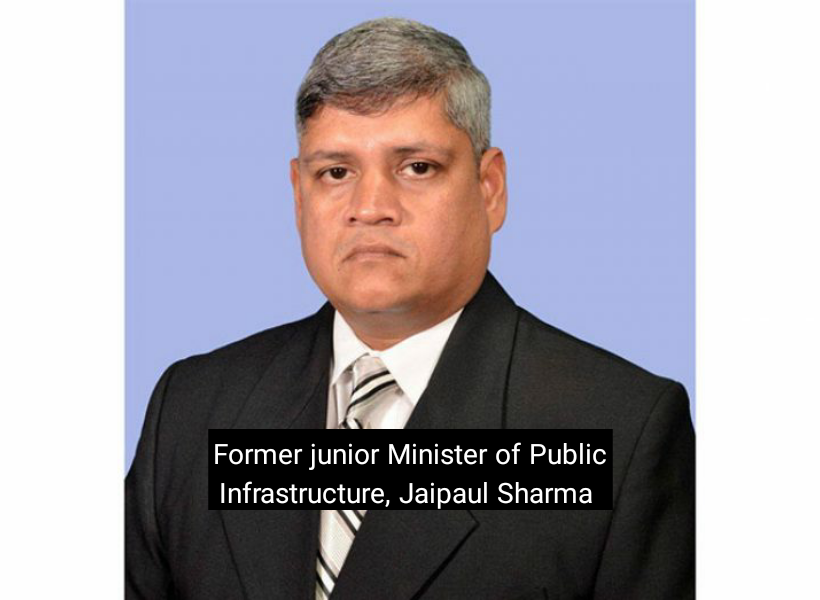 Former junior Minister of Public Infrastructure under the David Granger administration, Jaipaul Sharma has announced his retirement from active politics.

Sharma was selected to be minister after the APNU+AFC won the May 2015 elections. He came from the Justice For All Party – one of the six parties that make up the APNU.

As the Mantle Of Leadership Passes, I humbly
announced my retirement form active politics and writing this was not easy, even though I know it’s been coming for a while now. After all, all good things come to an end, but what a journey it’s been and I feel nothing but pride and happiness writing this statement.

My fellow Guyanese, whom I was fortunate to served for five years as a Minister of Government.

Thank you for the privilege of serving you in public office which has allowed me to lead by example.
I have tried to serve our citizens diligently at all times, however, I was not always successful in getting the necessary assistance to resolve the complains [sic] of everyone but I hope my responsiveness has weighed favorably against my failure in getting you a favourable outcome to your concerns.

I wanted to say one final thank you for the honor of serving as your Minister and Member of Parliament. Because all that I’ve learned in my time in office, I’ve learned from you. You made me a better person and a better leader.

Throughout these seven years, you have been the source of kindness, resilience, and hope from which I’ve pulled strength. I have often say [sic] that I am the luckiest person on earth for the opportunities I had to serve in the National Assembly in the 10th and 11th Parliament of the Co-operative Republic of Guyana. I feel that way even now as I prepare for the end of my active political life. I have loved my political life, all of it. I have had experiences, adventures and friendships enough to satisfy me for a lifetime and I am so thankful to you our supporters of APNU+AFC.

My last parting words to you would be for all of you, regardless of the political party you supported, that you should be vigilant and watchful of the government, that they remain committed to fulfilling their 101 promises and that they remain democratic and transparent. This must be the work of all citizens. Not just when there’s an election, not just when our own narrow interest is at stake, but over the full span of a lifetime of the government.

Remember the single most powerful word in our constitutional democracy is the word ‘We.’ ‘We the People.’ ‘We shall overcome.’
Can we do it.
Yes, we can.