Home News US$10M from India to be reprogrammed to reintroduce One Laptop Per Family,... 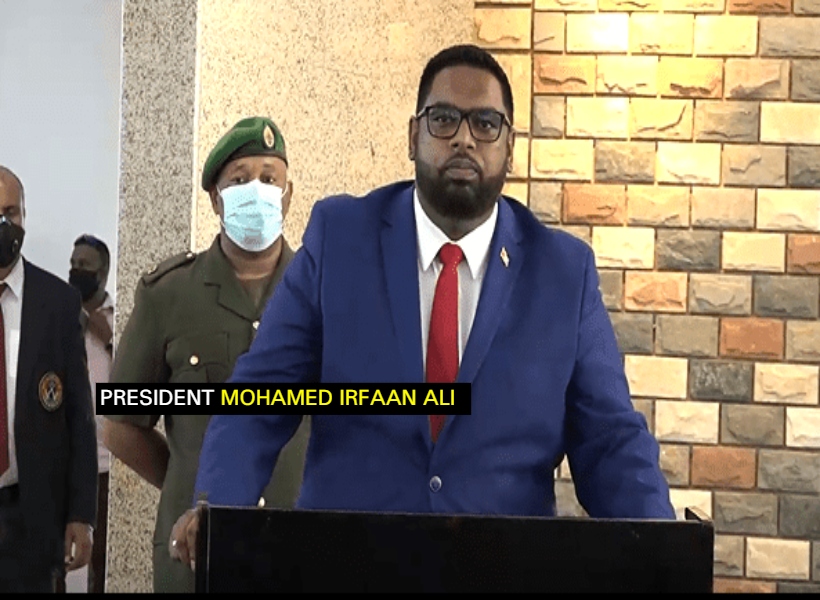 The PPP/C Government will be reintroducing the solar panel and the one laptop programmes in Indigenous villages across the country, which were halted by the APNU+AFC administration.

During his address on the launch of Amerindian Heritage Month on Tuesday, President Mohamed Irfaan Ali revealed that US$10M from an Indian line of credit was reprogrammed towards recommencing these initiatives.

The One Laptop Per Family Programme goes back to 2011. The programme was launched by then President Bharrat Jagdeo, who envisaged at the time, the ‘enhancing of lives’ for the beneficiaries of these laptops. The Hinterland Electrification Project, which was launched in 2011 aimed at expanding access to clean and affordable energy throughout Indigenous communities in the hinterland and was a component of the Low Carbon Development Strategy (LCDS).

The president also pledged to return to the ground-breaking partnership forged through the LCDS and to advance the innovative “OPT IN” feature which allowed villages to benefit directly from the proceeds of Carbon Trading Services.

The Community Development Plans (CDPs) which was also halted in 2015 will also be reintroduced.

“We will rehire those 2,000 Community Service Officers (CSOs) who were dismissed by the Coalition Government, and we will restore the School Grants which were taken away,” the president vowed. (Extracted and modified from the Department of Public Information)