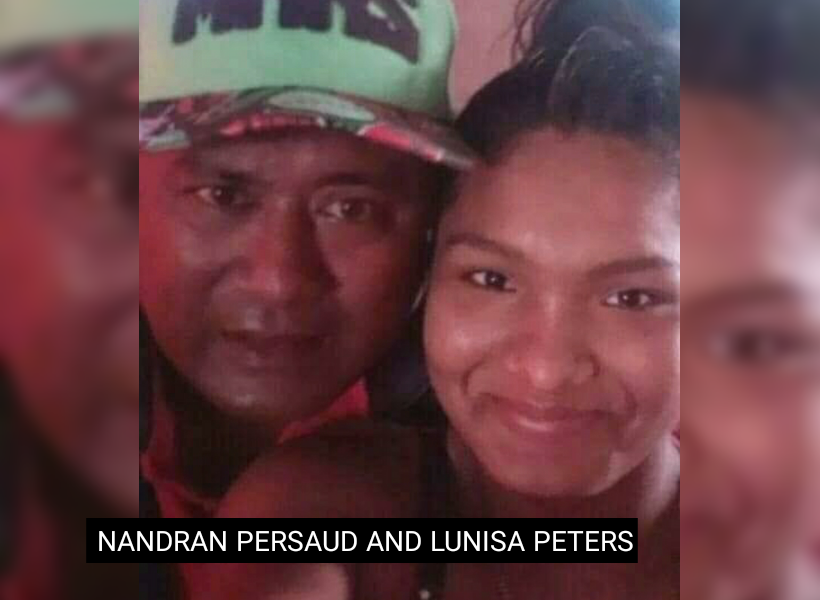 A 42-year-old truck driver of Golden Fleece, Essequibo Coast, was today charged with the murder of his former partner, whom he stabbed several times over a phone call.

Nandran Persaud, called “Toppie” or “Floppy”, appeared at the Anna Regina Magistrate’s Courts. He was not required to plead to the indictable charge which stated that on September 9,2020, at Good Hope Supenaam, Essequibo Coast, he murdered Lunisa Peters, 24.

Persaud was remanded to prison by Magistrate Esther Sam until September 25,2020.

According to reports, on the day in question, at about 23:30 hrs, the accused visited Peters
at her aunt’s Supenaam home. While there, the young woman received a phone call from a male friend and Persaud got upset.

It was stated that Persaud grabbed Peters by her hair and dragged her to the kitchen, where he grabbed a knife and dealt her several stabs to her head, and about her body.

An alarm was raised by the aunt and the young woman was taken to the Suddie Public Hospital, where she was pronounced dead on arrival.

The matter was reported, an investigation was carried out and Persaud was later arrested and charged for the capital offense.