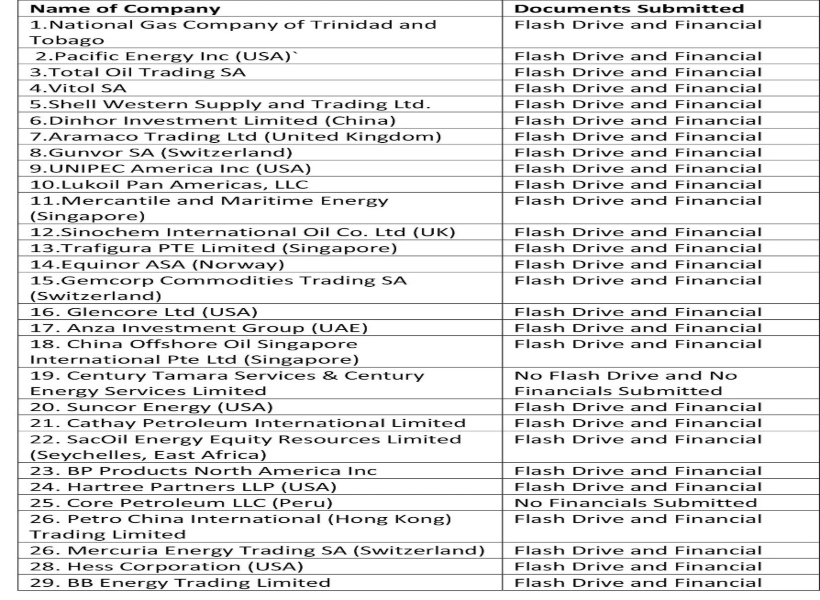 Saudi Arabia’s Aramco Trading, Trinidad and Tobago’s National Gas Company, and China’s state-owned PetroChina, are among the 29 companies competing to market Guyana’s sweet, light, Liza Crude. The contract to market the State’s profit oil from the Stabroek block, was retendered by the PPP/C Administration after it was noted that the APNU+AFC regime had called for expressions of interest even as it had held Guyana’s democracy hostage during the 2020 electoral fiasco that lasted five months.

In June last, the Guyana Standard had exposed that some of the world’s most corrupt traders had made it onto the APNU+AFC’s shortlist of traders for Guyana’s oil. That list was put together by the Energy Department. The companies that submitted bids included Petrobras, Vitol, and Glencore Limited.

Public documents show for example that Vitol and Glencore have used intermediaries to funnel over US$31 million in bribes to corrupt Petrobras employees in the past so that they may win big contracts, along with acquiring other benefits. This was reported on extensively in various sections of the media.

Both Glencore and Vitol have re-submitted their expressions of interest along with Hess Corporation which holds a 30 percent interest in the Stabroek Block.