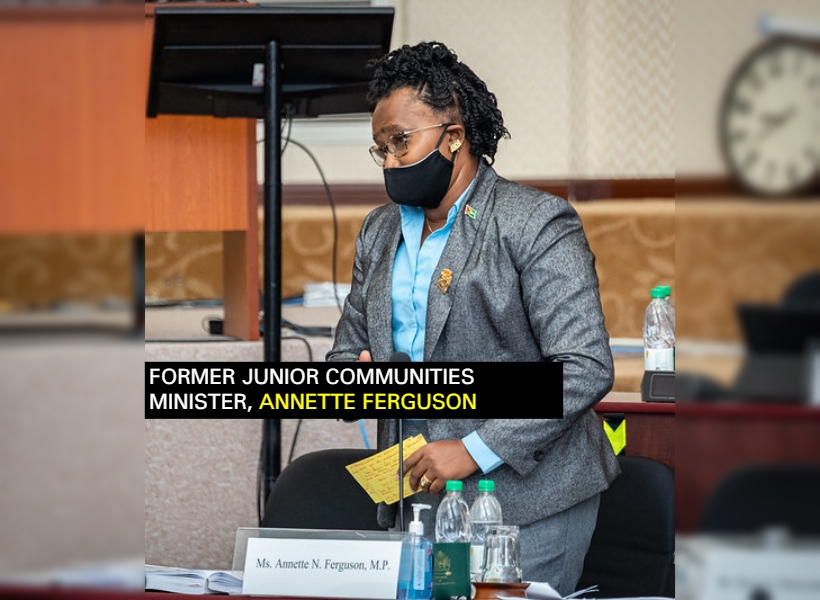 Challenges in acquiring State lands and the repossession of those from errant private developers proved to be major bugbears to the Coalition government’s drive to provide housing solutions to applicants, says former Junior Communities Minister, Annette Ferguson. She made this comment during a virtual press conference this morning.

Ferguson, a Member of Parliament (MP), said that some 7,089 applications were “serviced” by the Central Planning and Housing Authority (CH&PA) during the A Partnership for National Unity + Alliance for Change (APNU+AFC) five-year tenure in office. She said that while the Coalition would have liked to do more, these challenges severely thwarted efforts to reduce the inherited 25,000 house lot application backlog. Nevertheless, she said that at the time of demitting office, headway was being made in securing much needed lands from State agencies including the Guyana Lands and Surveys Commission (GL&SC), the Guyana Sugar Corporation (GuySuCo) and the National Industrial and Commercial Investments Limited (NICIL).

“Yes, we would have loved to do more but [in] the housing sector there are major challenges. What are some of the challenges? One of the most important things was that of lands. In order for CH&PA to fulfil its mandate, we would have to acquire state lands whether through Guyana Lands and Surveys, NICIL or GuySuCo. At the time of us leaving government, I know that the Authority had engaged with GuySuCo, NICIL, and Lands and Surveys,” she said.

Coming out of those engagements, the CH&PA was able to acquire a few plots of lands in Amelia’s Ward, Region 10, which were subsequently allocated.

Discussions were also being held with GuySuCo to have lands in Meten-Meer-Zorg, West Coast Demerara (WCD) transferred to the CH&PA for allocation to applicants. She added that at the time of demitting office, NICIL was about to engage the CH&PA to discuss the usage of lands that fell under the investment company’s purview.

She reminded that when the Coalition came to office in 2015, many of the lands on the East Bank of Demerara were already given to private developers by the People’s Progressive Party/Civic (PPP/C).

These investors were given lands below market value in order to construct homes at a cheaper cost to the populace. However, many violated their terms of agreement and resold those lands at market value to other developers and businessmen. The CH&PA subsequently brought legal action against several of these developers. While those matters were before the courts, the CH&PA could not repossess those disputed lands. There were instances, however, where the authority was able to reclaim some of those concessions. Those lands were allocated to persons at Perseverance on the East Bank of Demerara, the Minister said.