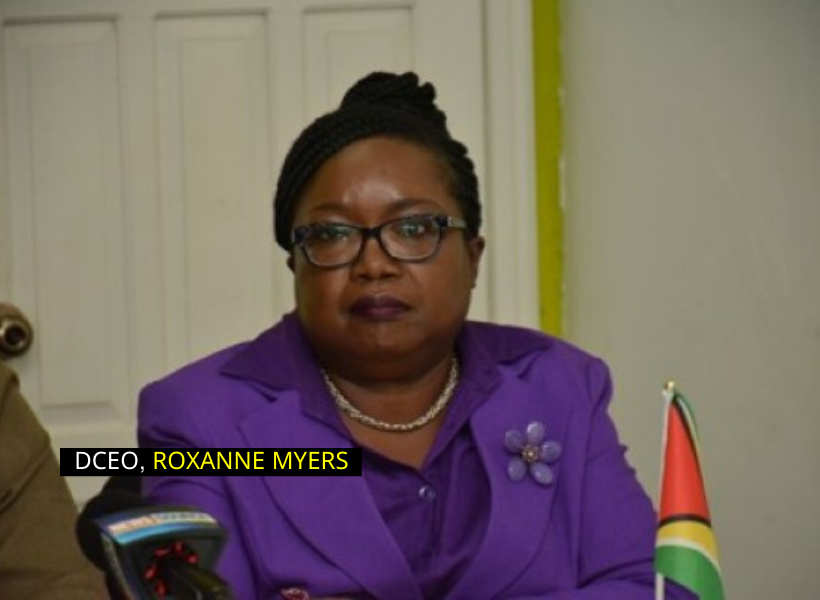 Deputy Chief Elections Officer (DCEO) Roxanne Myers was this morning slapped with two charges of misconduct in public office in relation to the March 2, 2020, General and Regional Elections.

Myers was not required to plead to the charges when she appeared in the Georgetown Magistrates’ Courts.

She is being represented by Attorney-at-law Nigel Hughes and associates. Her lawyer was able to secure her bail in the sum of $300,000. She was also instructed to make her next court appearance on October 23, 2020, for statements.

Myers was arrested on October 6, 2020, after she turned herself in at the Criminal Investigations Department (CID) Headquarters, Eve Leary, Georgetown, in the company of her lawyers.

This was following a period of over a month. During this time, several efforts were made by the police to contact Myers even at her place of work in relation to the post-March 2, 2020 elections incidents.

As a consequence, a Wanted Bulletin was issued for her, and she presented herself in the company of her lawyers to police on October 6, 2020.

Myers was promptly arrested for the offence of “conspiracy to defraud,” and was told of the allegation at the said time. She then exercised her right to remain silent.

Over the past few months, several GECOM officials, including CEO Keith Lowenfield and embattled Returning Officer Clairmont Mingo, have already been questioned and charged.