Home News SOPs in APNU+AFC’s possession have no relevance in attempt to quash 2020... 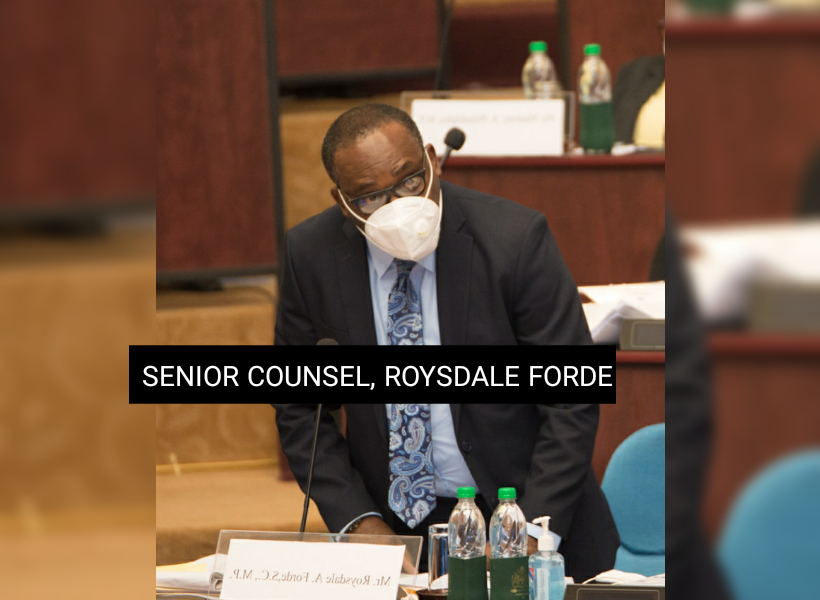 The Statements of Poll (SOPs) generated during the March 2 General and Regional Elections (GRE2020) in the possession of the A Partnership for National Unity + Alliance for Change (APNU+AFC), bear no relevance to the move being made by the party to quash the results and subsequent declaration made by the Guyana Elections Commission (GECOM). This was according to APNU Member of Parliament (MP), Senior Counsel (S.C.) Roysdale Forde during a virtual press conference today.

The MP’s comment comes against the backdrop of two elections petition filed in the court challenging GECOM’s declaration and processes embarked upon to provide same.

“We do not need to rely – factually, or evidentially – on those Statements of Poll and certainly, the very fact that the declarations were made on the recount, requires us to pay attention to the Statements of Recount, the Certificates of District Tabulation, and those documents that were generated and fabricated for the purposes of delivering an elections result for the PPP, and installing them as the government of this country,” Forde said.

Contention arose during the GRE2020 when contesting parties, with the exception of the APNU+AFC, denounced the figures produced for Electoral District Four (Demerara/Mahaica) by the Returning Officer, Clairmont Mingo. SOPs are generated by the respective Polling Stations at the close of the poll on elections day. Copies of those statements are provided to respective party agents, local and foreign observers at those stations. The SOPs are tabulated and counted by the RO, who then makes a regional declaration. But Mingo’s declaration did not correspond with the numbers on the SOPs in the possession of the agents or observers.

This prompted the PPP/C to make the SOPs in its possession public to bring to the attention of the electorate that something was amiss with the declaration. The contesting small parties followed suit, with several local and foreign observers breathing down the neck of the Guyana Elections Commission to resolve the apparent blunder.

Those figures produced by the RO indicated a win for the APNU+AFC, which was already celebrating in several parts of the city. When it was called upon to produce its SOPs to solidify its move to lay claim to government, it refused.

The contentious declaration led to a National Recount Process, with a high-level team of scrutineers from the Caribbean Community (CARICOM) being deployed by the bloc’s then-Chairperson, the Prime Minister of Barbados, Mia Mottley. The results generated from that process were reflected on Statements of Recount (SORs). Those SORs served as the basis for the declaration of the results.

Mingo is now facing criminal charges over his conduct during the elections. The Chief Elections Officer (CEO), Keith Lowenfied is also facing charges, as well as the Chairperson of the People’s National Congress Reform (PNCR), Volda Lawrence. The PNCR is the largest party in the APNU partnership.