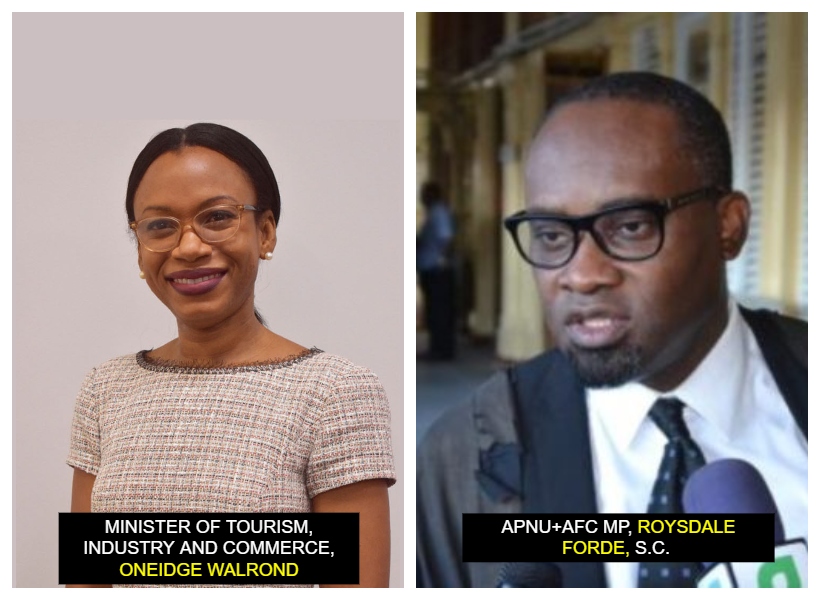 The Minister of Tourism, Industry and Commerce, Oneidge Walrond-Allicock has found herself in hot water following inquires made regarding her citizenship status and eligibility to serve as a Member of Parliament (MP).

Article 155 of the Constitution of Guyana bars MPs from having dual citizenship status. But Walrond-Allicock, in a statement today, stated that when she was sworn in as an MP on September, 2020, she was already in receipt of her renunciation of citizenship certificate from U.S. authorities. She said that she was over with the renunciation process by August 27.

However, she was sworn in as a Minister on August 5, which means Walrond-Allicock was still a dual citizen.

She further stated that based on counsel she received from attorneys, provisions relating to the barring of dual citizens from being MPs, do not apply to technocrat ministers.

Opposition MP, Roysdale Forde S.C., during a press conference today, said that there is no distinguishment between an MP and Minister, since Ministers are MP. Notably, not all MPs are ministers. Further, he argued that technocrat ministers are not exempt from non-dual citizenship requirements.

Forde argues that Walrond-Allicock is therefore in breach of the Constitution, and should she refuse to resign, the main Parliamentary Opposition, the A Partnership for National Unity + Alliance for Change (APNU+AFC), will “certainly consider the institution of legal proceedings”.