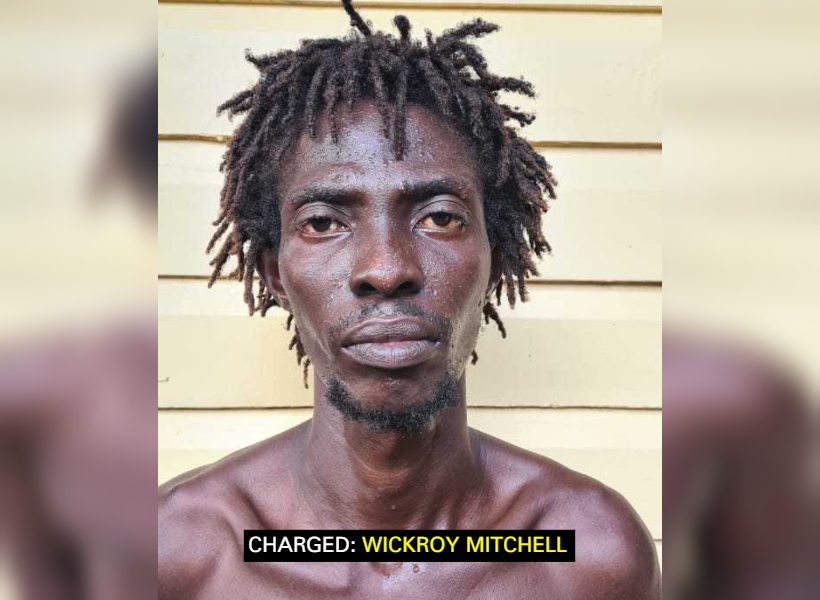 A 38-year-old man was today charged with the murder of the 16-year-old Baramita girl, whose body was found lying motionless behind their dwelling quarters.

Wickroy Mitchell, also known as “Shatta” of Number 53 Village, Corentyne, Berbice, appeared in the Port Kaituma Police Station before His Worship Sunil Scarce and was not required to plead to the indictable charge.

It is alleged that between November 14 and 15, 2020, at Coanna Backdam Five Star, North West District, he murdered a 16-year-old girl. He was remanded to prison until February 2, 2020, where the Preliminary Injury (PI) will commence.

Guyana Standard had reported that on Saturday last, about 12 pm, the teen and her mother went to a shop, purchased alcohol, and started to consume in the company of a man and others.

Police said that about 3 pm, the duo became intoxicated and bought more alcoholic beverages along with rice and left in the company of the said male for home.

According to the shop owner, the mother came to his shop sometime later on the said date and spent a while there.

On 15th November 2020, about 07:30 hours, the teen’s body was found lying motionless behind their dwelling quarters. The matter was reported to the Matthew’s Ridge Police Station.

The victim was subsequently picked up and escorted to the Port Kaituma Hospital, where she was pronounced dead by a doctor on duty.